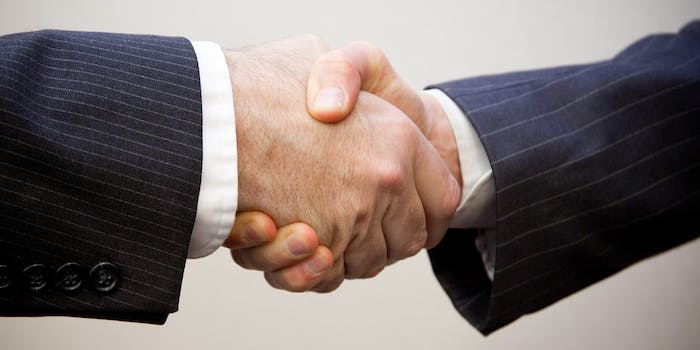 Dear China and the U.S.—the Internet is ours

When we talk about cybersecurity, we need to remember what's important.

It’s a brave new world, and we are all under attack.

Every day, we hear about cyberattacks, cyberbreaches, and cybercriminals. However, the greatest threat in cyberspace isn’t about stealing 1s and 0s. It’s about stealing our fundamental human rights. It’s not that crime has changed to invade our cyber world; the greater threat is how governments around the world respond to hacks, data breaches, software vulnerabilities, and bad cybersecurity practices. Criminals can steal your data, but governments can steal your rights.

This week, leaders from the U.S. and China begin discussing a rumored “cybersecurity deal.” It’s appropriate that the two nations would seek an agreement for security in cyberspace. But any agreement must respect the human rights of users, not just the interests of the states.

Every day, billions of people around the world use the Internet to live their lives—doing everything from sharing photos of their families to starting new businesses, finding an LGBTQ support community, and engaging politically as an election approaches. But if we are to live our lives online in this way, we must be free from fear—fear of attacks from those who would harm us, but also from those who purport to protect us in the name of “cybersecurity.”

Without true legal barriers or norms restraining governments, users’ privacy and freedom of expression will increasingly be violated across the world. This year, China and the U.S. participated in a U.N. process to define common principles to govern states’ actions online, wherein the participants agreed that international laws—including human rights obligations—should apply online just as they do offline.

However, these principles have not been translated into actions. Both the United States and China continue to violate basic human rights, but neither government has been held accountable, and there has been scant remedy for those affected.

This disregard for human rights online risks taking the Internet from a revolutionary platform for personal expression and empowerment to a realm controlled by government interests.

We can see a glimpse of that future in a recent report by the Atlantic Council, which outlines scenarios for the Internet ranging from the ideal scenario—in which privacy is respected regardless of nationality and individuals are permitted to use the internet to its fullest potential—to the worst-case scenario, in which national security apparatuses dominate the Internet and countries isolate their networks.

Governments cite fear of online warfare and terrorism to justify unprecedented levels of spending on military cybersecurity. Those fears are overblown. A study by Brandon Valeriano and Ryan C. Maness showed that the vast majority of the actions taken between countries using information and communications technology are cyberespionage, not terrorism or warfare.

Both the United States and China continue to violate basic human rights, but neither government has been held accountable.

For governments to better protect against existing risks, they should do more to protect the individual and ensure that incidents like the OPM breach do not happen (stronger passwords and cryptographic algorithms would be a start), rather than taking a heavy-handed, top-down approach to cybersecurity.

It’s time for Internet users to demand that all countries respect our privacy and freedom of expression online. We need to articulate norms of cyberspace that incorporate privacy from the start. We need a model based on the principle of protecting user information collected, shared, and stored online. We need to champion the use of encryption and other tools and technologies to lead to a more open, secure, and resilient internet.

That’s why—as the U.S. and China sit down for dialogue this week—we urge both countries to support laws and norms for cyberspace that protect the open internet and the fundamental rights we exercise online. Because the Internet is for everyone, not just for governments—and we need real security, not just a cyberwarfare arms agreement.

Brett Solomon is Co-Founder and Executive Director of Access (accessnow.org). Access defends and extends the digital rights of users at risk around the world. Brett sits on the World Economic Forum Global Agenda Council on the Future of the Internet, and has a bachelors degree in Arts and Law from the University of Sydney and a masters degree in International Law from the University of New South Wales.

Photo via flazingo_photos/Flickr (CC BY SA 2.0)