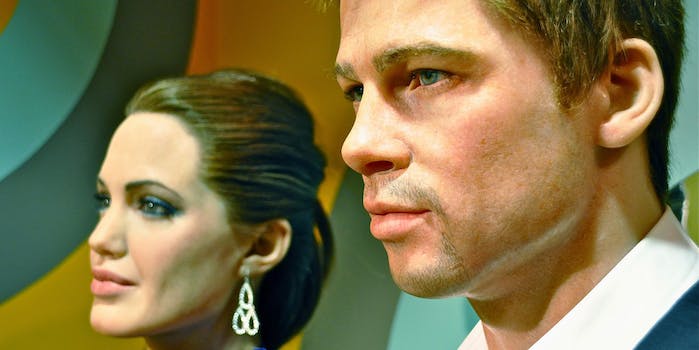 9 reactions to the #Brangelina breakup we really didn’t need

Chilling video of yet another fatal police shooting of an unarmed black man surfaced yesterday, and the son of the Republican nominee for president compared refugees to poisoned Skittles, so you know what that means: It’s time to pay attention to celebrities!

Specifically, it’s time to talk about celebrities Brad Pitt and Angelina Jolie, sometimes referred to as #Brangelina, who are getting divorced. This is definitely our business, and it affects us all. Yet I can’t help feeling like some of us really didn’t need to weigh in on it.

Republican Senator Lindsey Graham on the Brangelina breakup: "just when you think it couldn't get worse, it did."

I guess it’s nice he didn’t dodge the question, but please leave this kind of thing to People magazine, sir.

Given all the rumors about Mrs. Met’s other lovers, this was ill-advised.

Oh, good, I was wondering when the kids would get blamed!

You called it: Brad & Angelina are divorcing. Meanwhile, you'll never divorce because no one will ever love you even for a moment.
Eat Arbys

Aniston and Pitt split up in 2005, and she’s since married Justin Theroux, but yeah, she’s totally still hung up on this whole drama.

Neither the time nor the place, fellas.

Wait a minute… this is actually good.