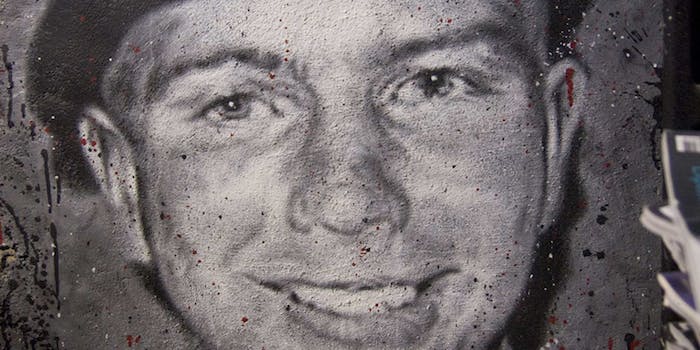 The shaky 16-second clip is the second major leak from the trial.

The first electronic leak from the Bradley Manning trial in March was an hour-long audio recording of Manning’s testimony.

The second, released yesterday, is a 16-second video clip, not of the trial itself but of footage on one of the closed circuit monitors in one of the overflow rooms from which journalists and other observers can see inside the courtroom itself.

The clip shows the presiding judge, Army Col. Denise Lind and then Manning sitting at the defense table.

This clip was published by Asher Wolf, a pseudonym for an Australian activist. She maintained the clip was sent to her anonymously.

Alexa O’Brien, one of the few journalists who has covered the whole trial, responded critically, tweeting:

Thank you for helping the USG allow only 50 ppl (10 press) to see #Manning court martial next week you stupid fuck.

As journalists like O’Brien and Kevin Gosztola have frequently mentioned, the rules and restrictions limiting what the press can do in terms of covering the trial are many and sometimes change without warning. The tension between the Army and the press has been pronounced.

Some have expressed fears that this leak’s only value is to those in the Army judiciary who wished to close out the press presence altogether.

H/T The Independent | Photo by Abode of Chaos/Flickr