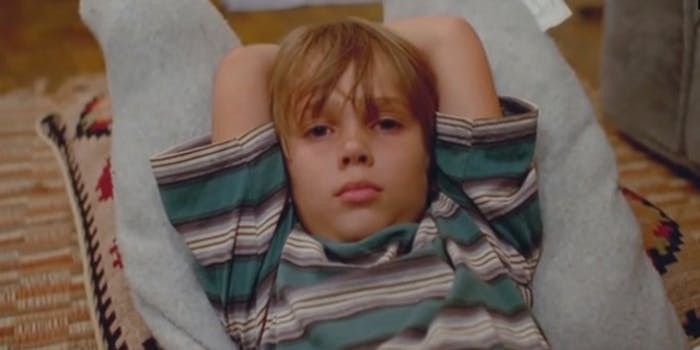 This Craigslist ad might be the best ‘Boyhood’ review yet

Why aren't all film reviews on Craigslist?

Richard Linklater’s Boyhood has made critics twitch and froth over one another for the most glowing review, while lone dissenters launch futile attempts to balance the scales. It’s become the film version of Beyoncé: You can say you didn’t like it, but you’ll face the consequences.

So this Craigslist review of the film is a breath of fresh air. Well, fresh air might not be the right word, but “You Farted During Boyhood,” a missed connection from Pasadena, Calif., is sure to become a classic text.

It offers a real-time meta-critique of the film and its characters, and by characters we mean the man who allegedly farted during a screening of Boyhood. Perhaps it was an emotional fart or a cry for help. Boyhood digs up a lot of heavy adolescent and teenage memories that might have been buried. Perhaps this gas had been buried too, a reminder of a time before we all nodded and agreed this is the Best Movie Ever.

There we were, just enjoying a nice quiet Saturday night at the movies. A slow mover, Linklater’s “Boyhood.” Some popcorn. A few sodas. Nothing really happens in the film, we found. For about 90 minutes or so we stare listlessly at the screen. It’s a thinking man’s film, I say. Beautifully shot. It’s about life, and death and relationships and things of that nature. Just then, at a brief, carefully-timed cinematic pause in dialogue, an enormous fart from somewhere in the back pierces an otherwise silent movie theatre. It had the impact of a baseball bat hitting a leather couch, or George Foreman working the heavy bag. Whack. Loud, deep and masculine.The seat cushion heroically absorbed most of the blow, but not enough that each and every person in the movie theatre instantly burst into nervous laughter. The laughter continued for what felt like a good 5 minutes, until tears streamed down our faces. Even well after the blast, we quietly chuckled to ourselves with a ‘remember the time that guy farted in the movie theatre’ gleam in our eyes. And just like that, with a soft chuckle and a deep breath, we were back into the film. Things happened, people drove around Texas, relationships came and went, there was crying, there was hope. It was as if we had all forgotten about the fart that had brought us together that night. As the sun began to set on screen, the teenage boy, no longer a boy, transitions into an adult, before our very eyes, and looks, intently, lustfully into a young girls eyes, as if to lean in for a kiss, and braaaaaaap. Another fart from the back row, like two giant hands clapping together, and the screen goes dark, roll credits. We decided, after laughing our way out of the theatre, and all the way home, that this was the best movie that we had ever seen. I imagine the lone fartist sauntering off into the sunset. His work here done. If only I could say thank you, kind sir. You are truly a master of your craft.

Did the two ever meet? I’d like to imagine no, that their connection remained elusive. Still, it’s comforting to know someone’s out there, farting in theaters, attempting to balance the scales.