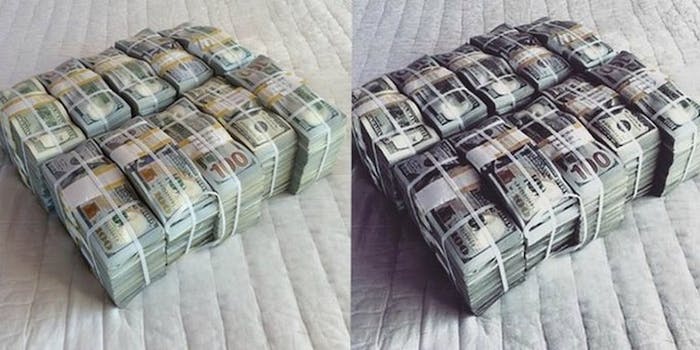 At least the argument was handled maturely.

In a move that’s apparently straight out of 50 Cent’s playbook, rapper Bow Wow has been accused by an Instagram user of stealing his photo of a large stash of cash and using it as his own.

This was the photo posted by Bow Wow earlier this week.

Well, at least they’re handling their disagreement like adults.