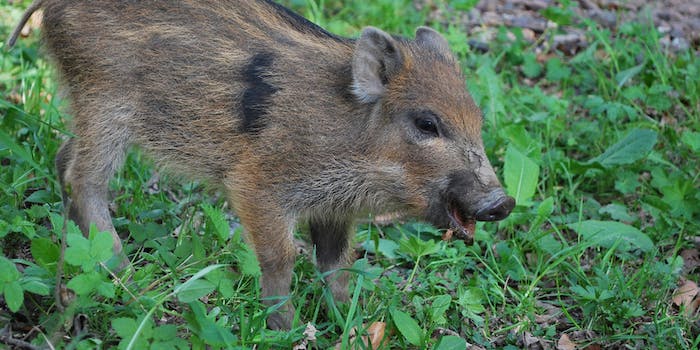 Totally over living in the woods and hoping to become a mall brat, one wild boar wandered into a Hong Kong shopping center and broke through a store’s ceiling, thereby getting stuck—because that’s what adorable animals do. It took four hours for the little rascal to escape.

BBC reports that the boar climbed up a ladder before falling through the shop’s false roof over a display case. When it finally broke free from its trap, the furred piggy knocked over mannequins and signs in a ruckus.

What was it you were just saying about “when pigs fly”?