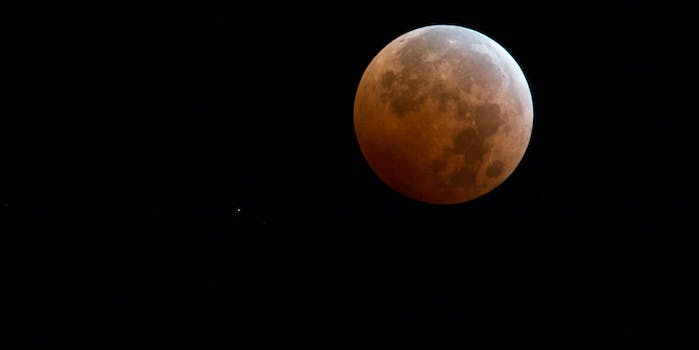 ‘Blood Moon’ a sure sign of the apocalypse, Internet agrees

Is it really the end times?

According to Space.com, the upcoming lunar eclipse—which falls on Sept. 27—is not a sign of the apocalypse. But that’s exactly what the establishment wants you to believe.

In reality, the series of lunar eclipses that began on April 15, 2014, all of which have occurred on Jewish holidays—always with a tinge of blood-red sunlight still reaching the moon’s surface—is totally a sign of the end times. And it’s TRENDING ON FACEBOOK right now, apparently! 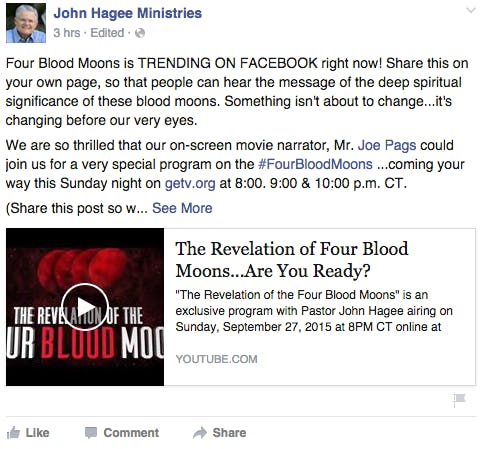 The “Blood Moon Prophecy” was born from various passages in the Bible. The Book of Joel states that “the sun will turn into darkness, and the moon into blood, before the great and terrible day of Yahweh comes,” while Revelations mentions that “the moon became like blood.”

Pastor John Hagee and Irvin Baxter in particular have been vocal on social media about their explanations of the Blood Moon’s effects, and Baxter’s End Times Ministries offered this handy YouTube video, which holds that “some great event” will unfold during this celestial phenomenon.

Clearly #NotAllReligiousPeople believe there is anything ominous about the Blood Moon, and there is no shortage of articles debunking supernatural notions about it. Then again, the pope is in the U.S.

Food for thought, The Pope, The President and the Blood Moon. Who knows?

#historic event right be for the last #bloodmoon on the 28th they better not sign off on that Iran deal pic.twitter.com/esX0TiSd9y

In any case, the apocalypse will be tweeted.

So apparently the earths gonna end next week cause of the blood moon, well I'm gonna party hard this weekend so it cool.