Time on your hands? Twitter puts it in black and white

If you want to know the difference between white and black America, you might check out Twitter today.

People on Twitter were talking about both “#whitepeoplehobbies” and “#blackpeoplehobbies.” The two hashtags—Twitter’s convention for marking the topic of discussion in a 140-character tweet—both rose quickly in popularity Tuesday afternoon, according to twend.it, a site which tracks Twitter trends.

Some have postulated that people on Twitter tend to self-segregate by race and have discussed the fact that trending topics often emerge from the black community. (Some demographic studies have found that per capita, more African-American Internet users have flocked to Twitter than white Internet users.)

Both hashtags included plenty of racial stereotyping and what some deemed racist commentary as well.

Judging by the Twitter profile pictures of the accounts posting, the majority of posts in both categories appeared to come from black people, although more white faces appeared in the #whitepeoplehobbies hashtag.

Of course, on the Internet, it’s impossible to know who anyone actually is.

But were the tweets nasty, funny—or just insider jokes that gave outsiders a peek inside others’ worldviews? The tweet is in the eye of the beholder. 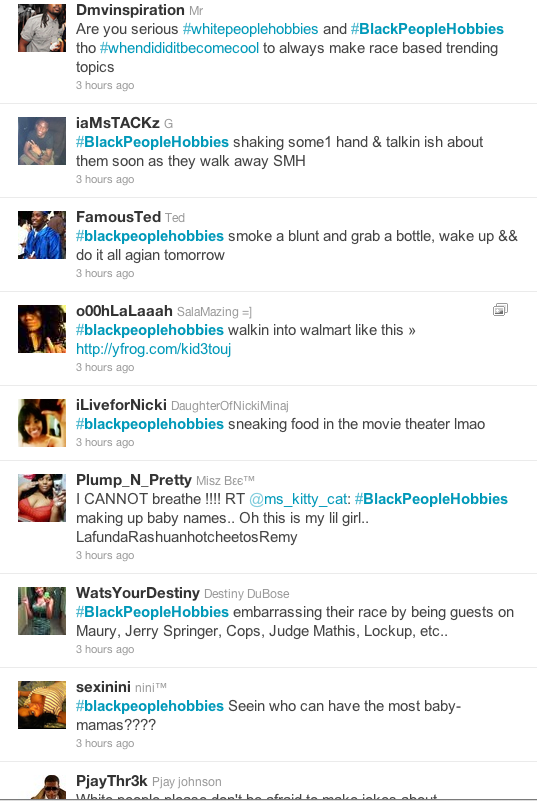 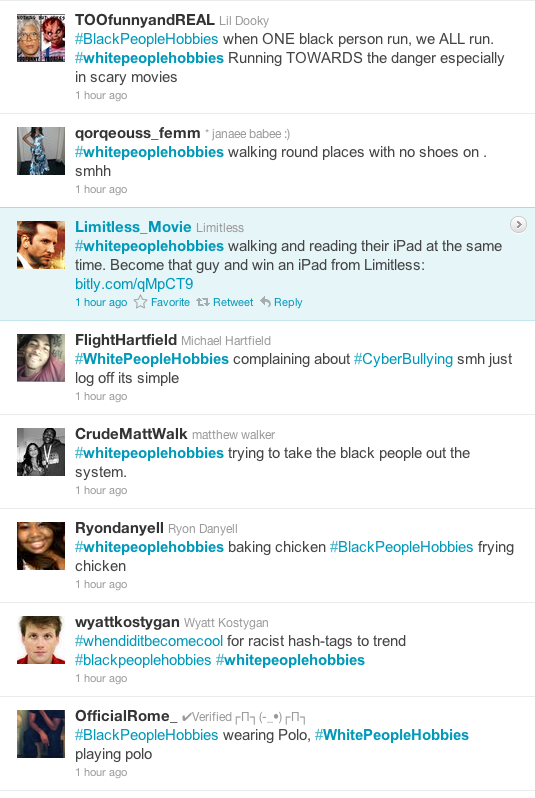