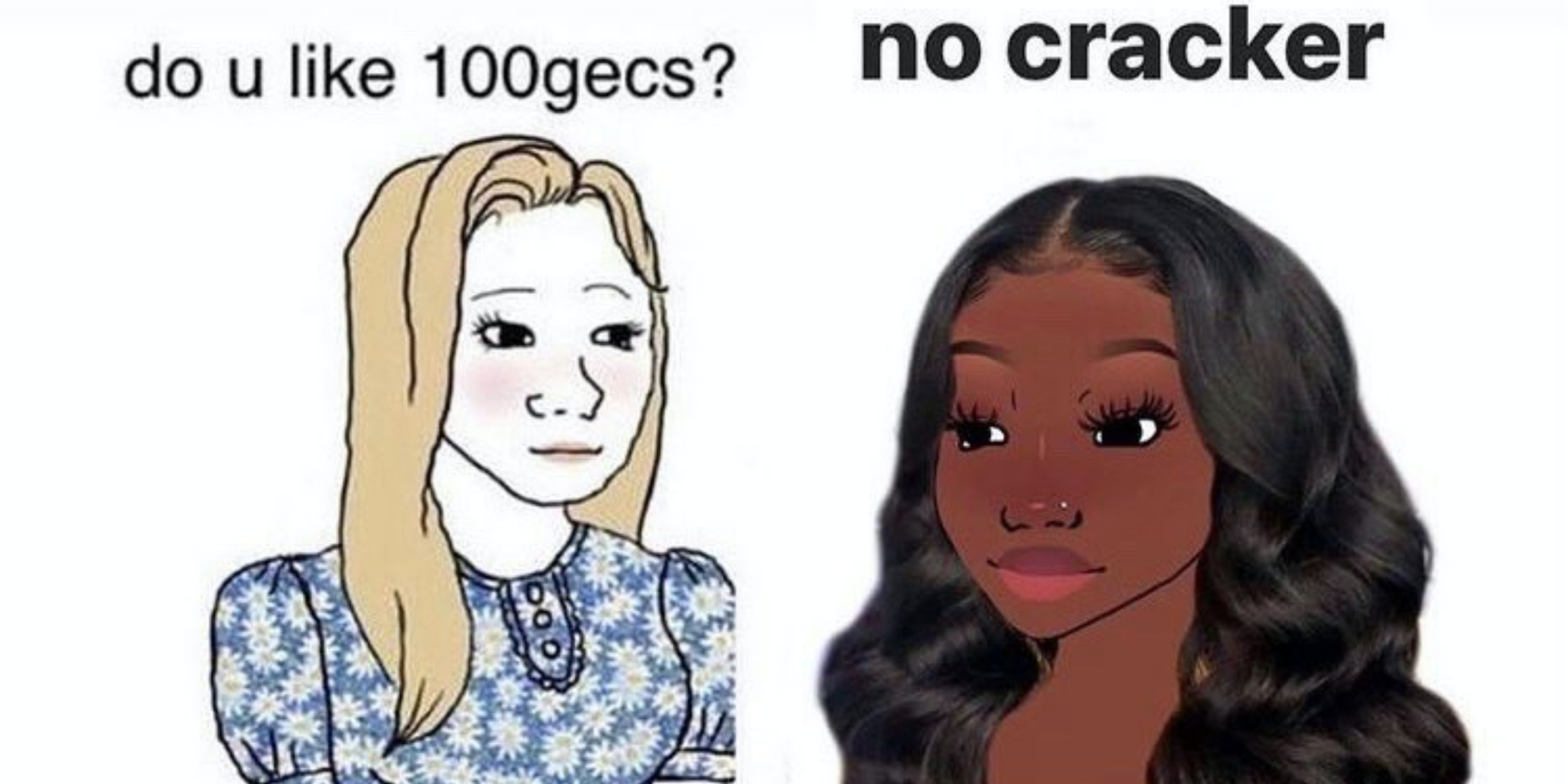 People are stanning the memes in a big way.

Hollywood has been finally making some long overdue strides in Black representation in film and television over the past few years, thanks in no small part to creators such as Matthew A. Cherry, Michaela Coel, and Jordan Peele. And though there’s still a long way to go, progress is, well, progress. And as we close out 2020, we’re now seeing representation in another form on the internet, with a new Black Wojak meme.

The first known example of the meme surfaced on Nov. 15, 2020, when Twitter user @PryPriestess tweeted the following Black Wojak comic. The comic depicts a woman of mixed ethnicity facing discrimination from both Black and white people, as a commentary on race and colorism.

After the cartoon began to go modestly viral and picked up by others, the 17-year-old digital artist who created the Black Wojak meme, @AfroAmi, stepped forward to take credit for her creation. “Ight, it’s time to come out. I am the creator of this meme,” she tweeted on November 22. “And I’m flattered to say that I’ve seen this being used all over Twitter.”

She also added some new variations of the character to her collection.

It wasn’t until a month later that the meme really exploded in popularity, when a popular Instagram meme account shared a version of the comic on Dec. 19. Though the original post was removed after two days, according to Know Your Meme, it had already gotten the viral boost it needed.

Screenshots of the post and comments were likewise shared by @AfroAmi, as people quickly began stanning her Black Wojak creation. “OKAY BUT SHE’S SO PRETTY THO IK ITS A DRAWING BUT AHH [sic],” gushed one enthusiastic user.

That same day, Twitter user @InternetCommas also shared the comic the with a similar sentiment, which has gone to to accumulate over 85,000 likes within just three days.

As the memes continued popping up on platforms such as Instagram, Twitter, and Reddit, however, the majority of them threw sarcastic shade on white people—particularly, supposedly well-meaning white people who tend to pat themselves on the back for being allies to the Black community.

Though, there is also no shortage of Black Wojak memes directed at, shall we say, less well-meaning white people.

Others began coming up with male versions of the Black Wojak characters, such the stereotypical “Chad” and Emo Feels Guy Wojaks.

In any case, Black Wojak characters are a welcome addition to the meme lexicon of the internet, as well as the perfect antidote to so-called Karen culture.

This meme doesn’t know how popular you are online

Popular ‘Me at 29’ meme criticized for anti-Semitic roots