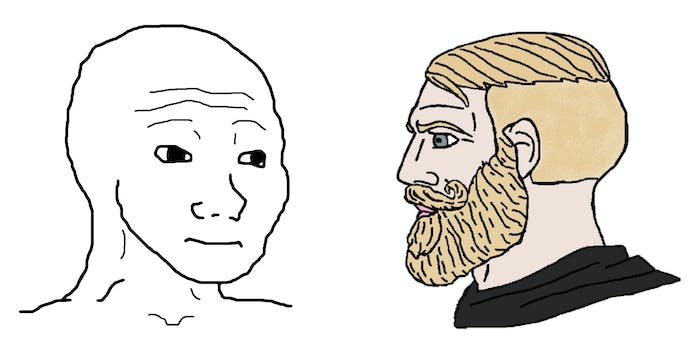 Popular ‘Me at 29’ meme criticized for anti-Semitic roots

Like most memes, one day it just appeared on the timeline, the next it was everywhere.

The meme features either roughly-drawn blonde woman or man captioned “Thank you for changing my life.” Next to them, users put various ironic images, the first of which appears to have been the cover of Taylor Swift’s Folklore album, according to Know Your Meme. The images are typically captioned, “I’m literally a [insert description whatever the picture is of].”

Variations abound. Movies, lattes, portable heaters, even Mary from the Christian bible have all made the cut.

The characters have also been used in the “Me at 29” memes that have recently been a popular way of illustrating the difference between previous and current generations. In “Me at 29,” the parents achieved certain milestones, such as marriage, homeownership, and procreation, while the offspring at that age are struggling to pay rent, staying up all night playing video games, and generally lagging behind prior generations.

Since surfacing in late November, the memes have made the rounds across the internet. Most sharing it haven’t given its origins much thought.

Some have since pointed out that the characters in the meme have anti-Semitic roots. The pair—Trad (traditional) Girl, also known as Trad Wife, and Yes Chad, also known as Nordic Gamer—are derived from the Wojak comics, which themselves have origins that trace back to anti-Semitism and racism generally.

Wojak, or Feels Guy, began as an imageboard meme. Wojak is an extremely rudimentary line drawing of a sad bald man. The documentary TFW No GF (“that face when no girlfriend,” itself a common Wojak meme) detailed how Wojak became emblematic for the loneliness, insecurity and despair of primarily heterosexual Western men who’ve failed romantically, otherwise known as incels, or involuntarily celibate.

Fueled by the anger of being disaffected, incels have formed a culture of extremely online men who derive pleasure from being shocking, antagonistic, and politically incorrect, making them a natural fit and easy target for far-right groups. Racism is rife in the corners of the web they inhabit, such as 4chan, 8kun, Gab, and Parler. Hence, Wojak became associated with racism and anti-Semitism.

Last year, the Wojak meme format spawned the Yes Chad character. Yes Chad, sometimes called Nordic Man or Gamer, derives from Nordic/Mediterranean memes which use crude and often, though not always, racist archetypes to differentiate between races, Know Your Meme reports. Other characters, including Trad Girl, followed. Many characters don’t have skin tones, but both Yes Chad and Trad Girl have obviously Caucasian coloring.

While the “Thank you for changing my life” meme itself is not racist or anti-Semitic, some believe that using the characters tacitly endorses bigotry by normalizing racist symbols.

Some argue that using symbols with bigoted roots can be a means of re-appropriating them, thus neutralizing the racist connotation, such as feminists using the word “pussy,” perhaps most famously with the pink pussy hats of the Women’s March or people online taking Pepe the Frog back from racists who co-opted it.

There is more than one way of looking at the issue, of course. It’s also possible, and arguably less problematic, to simply use another image. This is the internet, after all. To that end, some Twitter users have already created alternatives to Trad Girl and Yes Chad.

It’s up to the individual to determine whether to steer clear of the “Thank you for changing my life” meme entirely, or simply use an alternative image. Either way, as one Twitter user pointed out, it’s better to be informed.

“It’s worth telling people about its origin so people will be willing to learn and no longer platform it,” said @BooHawHaw.