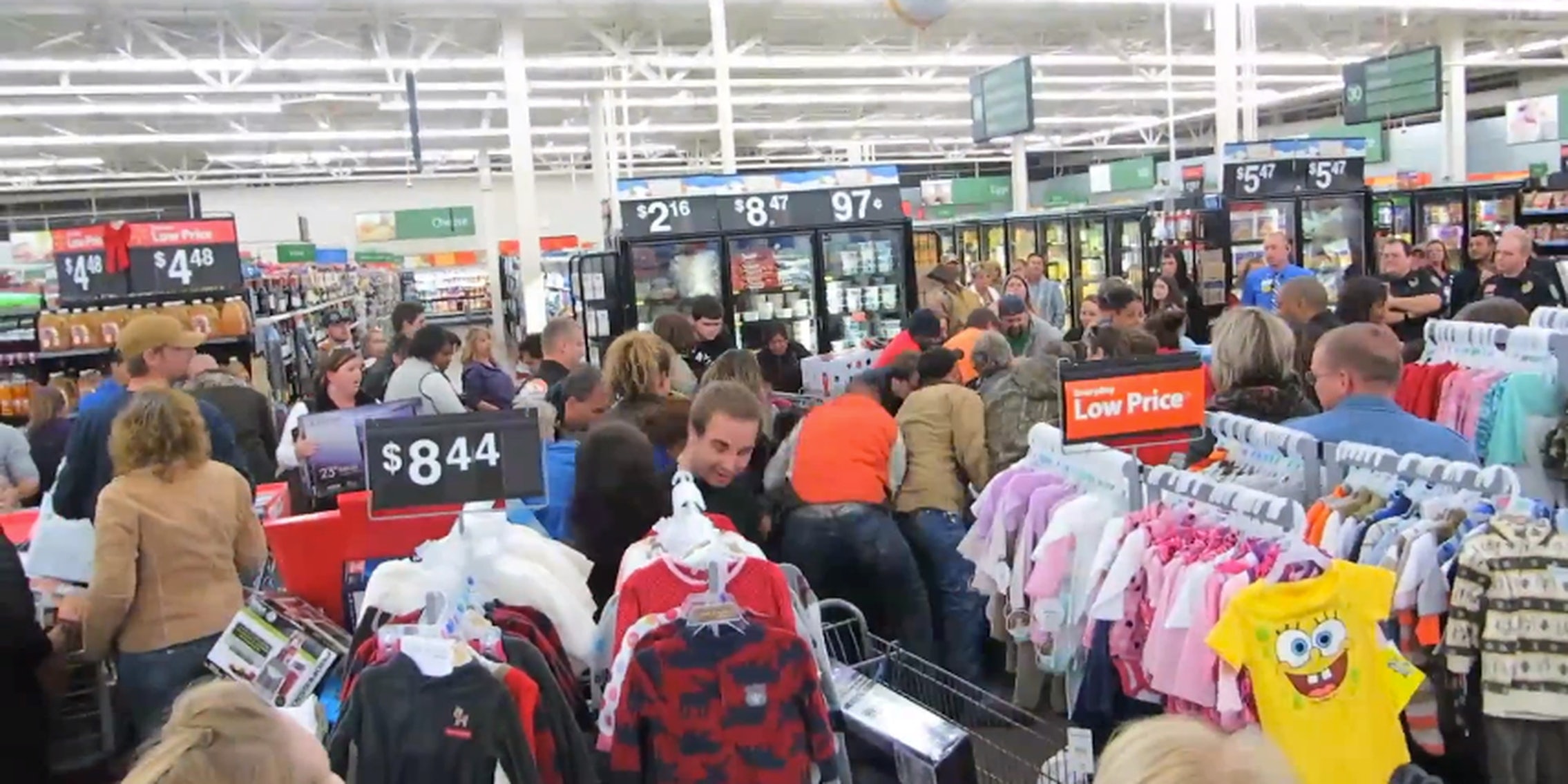 Here's the worst of the worst.

There are already enough Black Friday horror stories out to have some people reconsider going out next year.

Stores like Walmart are starting to implement different tactics, such as wristbands, to make sure that building limits are kept, a tactic Walmart Vice President of Communications David Tovar compared to the rope line policy at a trendy nightclub.

“We can make all the plans and run all the numbers, but you don’t actually know how customers are going to react until you see what they’re putting in their baskets,” Tovar wrote in an email.

However, for every calm store there are plenty of businesses that weren’t immune to the violence and chaos that has become synonymous with Black Friday. Police shot a shoplifting suspect in Chicago Thursday night, for example, after he tried driving away with a police officer’s arm caught in his car in one of the more serious reports to come out so far.

With many stores opting to open on Thanksgiving night, consumers are not only trying to get the biggest deals businesses have to offer with more time, they’re grabbing plenty of footage to upload on YouTube.

1) “Walmart Kicked Me Out For THIS video”

Brian Spain was visiting his parents in North Carolina when he drove past the local Walmart on Thanksgiving night. Planning to interview a few people about the experience, he instead caught one man pushing people on the ground for a new TV while the police watched and did nothing. Instead, Spain got kicked out of the store.

It’s another Walmart and another scuffle over a TV, but this time the police are right in the middle and quickly break up a fight between two women, ending with one in handcuffs.

Despite Walmart’s best efforts to control the crowd, the barricade can’t stop this crowd. A few trickle in and then it turns into a chaos that may just warrant that Lion King comparison.

Author and activist Mark Dice dressed up like Santa Claus, a figure used in many commercials around the holidays, and drove around local retail stores to call out everyone waiting outside in line. With a megaphone in hand, he accused them of destroying holiday tradition by spending money they don’t have. Most viewers are conflicted over which party to be angrier with, Dice or the crowds.

Walmart isn’t the only store that has to deal with fights breaking out. This video suffers from vertical video syndrome, but even within the narrow confines it shows two women arguing over an item with Target employees nearby.

It shouldn’t surprise anyone that there is already a compilation ready to watch the best of the worst. Some of the clips are already on this list while others continue to showcase just how far people will go to get that big item on sale.