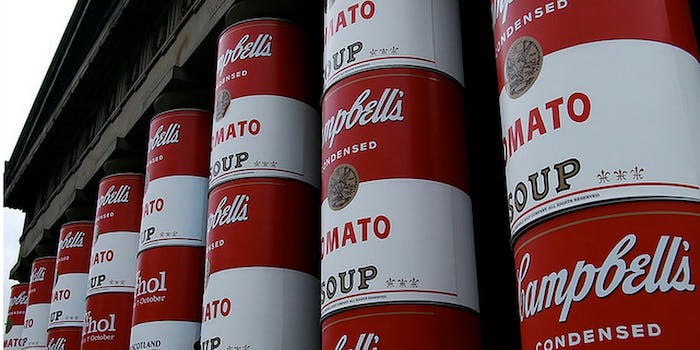 After nine years, one of the Web’s first torrenting sites bites the dust.

The oldest surviving BitTorrent site on the Web is closing its doors, TorrentFreak has reported.

Pioneering site Filesoup announced Monday that it will shut down operations and sell its domain names, ending the longest BitTorrent run in history.

Founded in 2003 in the United Kingdom by TheGeeker, Filesoup preceded fellow BitTorrent sites like Pirate Bay, Torrentz, and isoHunt and outlived many likeminded .torrent sites like BTJunkie, LokiTorrent, and TorrentSpy.

Filesoup experienced a steady rise in popularity until 2009, when a raid on TheGeeker’s home turned the site into somewhat of a household name. TheGeeker was arrested and taken in for questioning, but charges were dropped two years later when the court ruled that lone evidence coming from the Federation Against Copyright Theft was not substantial or reliable enough to mount a legitimate case.

The ruling saved TheGeeker’s keester but left an indelible mark on Filesoup’s user base. Only a handful of the 1,043,311 registered members visited the site each day after the raid, and by the time he was ruled a free man, TheGeeker had already seen enough of an exodus to lose interest in maintaining the site’s expansive database.

“Things happening in my personal life have changed the priorities I am able to place on time and effort to things and I’ve unfortunately come to the ultimate decision that I can no longer run Filesoup,” TheGeeker wrote yesterday morning. “This is not a decision I have made in the heat of emotion. It is something I have contemplated for a while now and recent events have [contributed] to my decision.”

TheGeeker plans to sell Filesoup’s domain names—filesoup.com and filesoup.co.uk—to the highest bidder, though he stressed that he will not be selling the site’s database, which includes the email addresses and select personal details of each of Filesoup’s 1 million-plus members.

Users commenting on the thread sympathized with TheGeeker, but assured him FileSoup would be missed. Based on their sentiments, its clear that FileSoup had become a close-knit community over the past nine years.

“This site made my life what it is today, and I am forever grateful! Who knew when I joined all those years ago I would end up marrying a fellow [FileSoup user] and we would have a little three-year-old boy!” Curbie wrote.