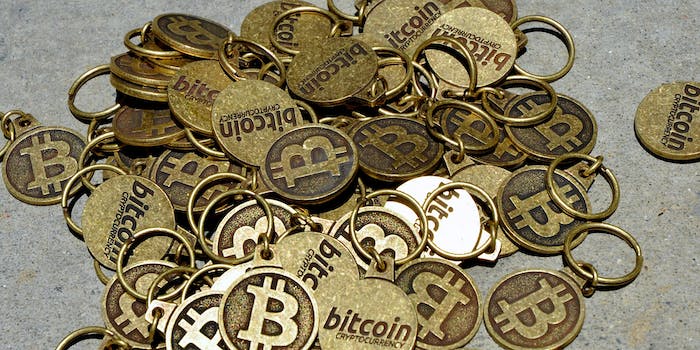 The hits keep coming for the once-prominent Bitcoin service.

Federal prosecutors have told Bitcoin enthusiasts precisely where they can stick their treasured lack of regulation.

Mt. Gox, based in Japan, was, until recently, the biggest Bitcoin exchange in the world. But it began acting erratically in January, banning all withdrawals. An internal memo leaked Sunday by the blogger Two-Bit Idiot indicates the company was in panic mode, having lost more than $300 million in bitcoins over the years.

Mt. Gox CEO Mark Karpeles said his company didn’t actually produce that memo, though it bears the Mt. Gox logo, but admitted its claims were “more or less legitimate.”

Details on the subpoena are sparse, except that it was issued earlier in February, likely before the site completely shut down, and that it asked Mt. Gox to preserve a number of internal documents.

Gox’s actual future is the subject of rife speculation, especially given that the site’s source code included a space for an acquisition announcement. Karpeles, for his part, said in a chat obtained by Fox Business that “giving up” is “not a part of how I usually do things,” though the situation is grim.