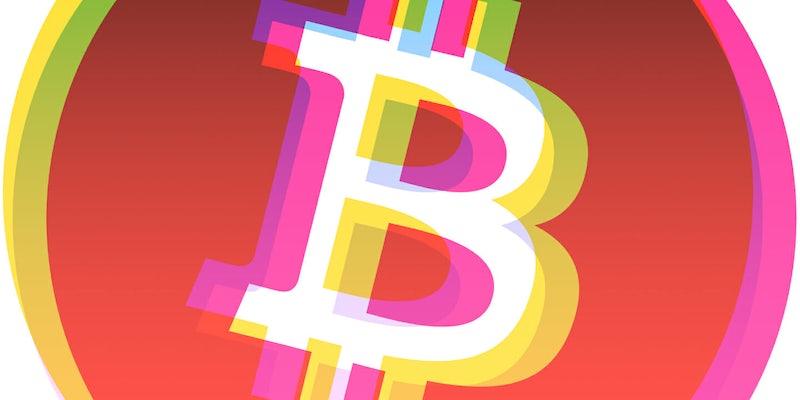 Bitcoin memes: the best internet LOLs about the cryptocurrency

Bitcoin is no laughing matter, but these memes are.

Bitcoin and other digital currencies—some call them altcoins or ‘shitcoins’—are all the rage these days, with the price of one Bitcoin topping $15,000 at times in December. Because Bitcoin is becoming the internet’s currency, and memes are already the internet’s entertainment medium, it only makes sense that there are tons of memes celebrating and mocking Bitcoin investors.

Early Bitcoin investors, thrilled by how quickly their cryptocurrency was growing, adopted the slogan “to the moon!” to describe their ambitions for Bitcoin’s eventual value. “To the moon” was made a mockery by the fun Bitcoin parody Dogecoin—an alt-coin whose mascot was the Shiba Inu “doge” meme, and now it’s not used so often anymore. Instead, Bitcoin memers like to use “HODL.”

Originally a typo by someone who meant to type “hold,” HODL has become the rallying cry for fanatics who want everyone to hold onto their Bitcoins and drive the price as high as possible.  The original of HODL is allegedly this drunken 2013 post from the popular BitcoinTalk forums, titled “I AM HODLING.” This guy may have had some whiskey, but HE. IS. HODLING.

A related meme, “This Is Gentlemen,” is based on a typo from a Reddit Bitcoin forum. The poster meant to write “This is it, gentlemen, but left out a word. This amused other posters so much that they turned it into a general exclamation for use when something good happens. It was added to pop culture definitions site UrbanDictionary in 2014.

Certain Bitcoin owners have always been smug about their gains, mocking “fiat currency”—a.k.a. real money—and predicting anyone who doesn’t buy into cryptocurrency now will be left out of the economy in the future. Recently, they’ve even developed a condescending term for people who don’t own cryptocurrency—i.e., most people. They call them “NoCoin.”

The overlap between people saying “NoCoin” and people who buy into 4chan‘s edgy meme culture seems to be strong. They use similar tropes (like “pleb” and “master race”) and characters, like Pepe the Frog and the Feels Guy. “NoCoin” is often a real power trip, used to assert the superiority of crypto owners over the rest of the world.

Shhh no need for insecurity, only jokes bub

Bitcoin fiefdoms, where crypto is mined by giant hamster wheel driven processors which are human powered by the vast hordes of nocoin depth grovelers

FUD, or “fear, uncertainty, and doubt” is how Bitcoin fanatics characterize any criticism of cryptocurrency. Some believe FUD is an organized propaganda campaign by big banks, people who fear and misunderstand Bitcoin, or speculators trying to drive down the price so they can buy more. A serious example of alleged FUD is JPMorgan Chase CEO Jamie Dimon calling Bitcoin a “fraud,” but anything less than full support for HODLing to the moon is considered FUD by hardcore Bitcoin enthusiasts.

Most Bitcoin memes, however, are just existing memes with Bitcoin shoehorned in

A list of “best Bitcoin memes” on The Inverse includes examples of the man in a coma meme, Matrix Morpheus memes, the Simpsons “Old Man Yells at Cloud” meme, and the “flirting class” webcomic.

There are also Bitcoin versions of Drake memes. Pretty much any meme you can think of has been done in Bitcoin form.

You can see a ton of examples of this at Reddit’s /r/bitcoinmemes, a place where people discuss Bitcoin using the native vernacular of the internet: memes.

Most of the hardcore pro-Bitcoin memes seem to come from dedicated Bitcoin communities like Reddit’s r/bitcoin. The rest of the meme world has a more mixed opinion of the currency and its prospects. Here are some more negative Bitcoin takes from Reddit’s r/dankmemes:

This one asserts that Club Penguin Coins are better than Bitcoin. Joking? Maybe, but maybe not.

For the most part, though, you won’t find memers hating on Bitcoin. Both cryptocurrency and memes are popular movements that arose on the internet and they share a natural constituency. Bitcoin may be a small niche in meme culture, but it’s part of meme culture nonetheless.