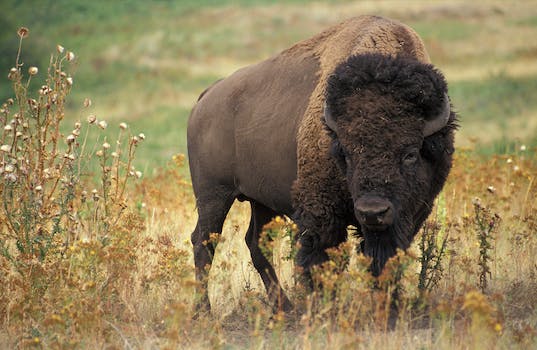 Living in Yellowstone National Park means your neighbors are bison

It's a good thing he wasn't eating bison meat at that time.

YouTube user Shakey Jake was just about to enjoy lunch at his cabin nestled deep in Yellowstone National Park. When he opened his front door to take a peek outside, however, he found himself facing an unexpected visitor. It was not a squirrel, a deer, or even a bear. This is Yellowstone, after all.

Two bison were indeed grazing directly in front of the cabin. As Jake continued rolling, the animals slowly meandered away, perhaps because they weren’t that impressed by Jake’s cooking—or narrating—skills. Some creatures simply don’t care to be Internet-famous.

In case you’re wondering, yes, you can legally live on private land within the boundaries of national parks. It’s called inholding. The bison, meanwhile, need no special permits.