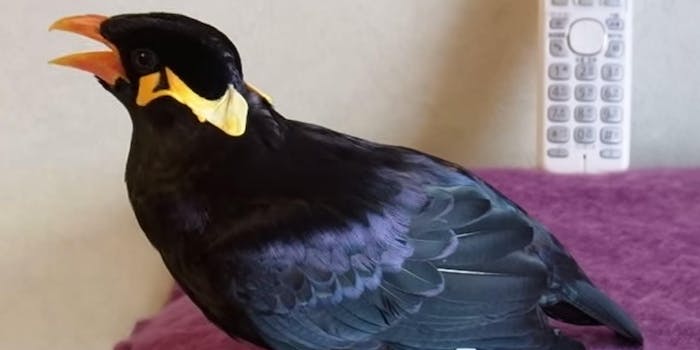 If this bird answered the phone, you'd believe it was human.

Myna birds have an amazing talent for mimicking the sounds around them, and that includes human voices. This particular myna goes beyond the typical parrot example of “Who’s a pretty girl?” and straight into speaking seemingly fluent Japanese.

Seriously, if this bird answered the phone, you would just think it was a Japanese person with a high-pitched voice. This must have taken a lot of training.