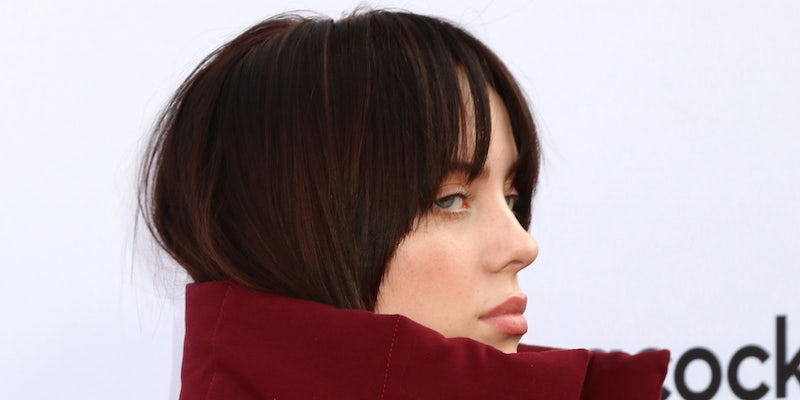 ‘Labor costs money’: Billie Eilish is under fire for hosting a fanart contest with Adobe

Fanart contests are an increasingly common way for celebrities and media franchises to connect with fans. But among professional artists, these competitions have a bad reputation. That explains why Billie Eilish’s new “Make the Merch” contest was met by a wave of backlash on Twitter, drowning out any potential hype from fans.

The contest is part of Eilish’s ongoing collaboration with Adobe, which hosted a similar contest in 2019. In a video posted Wednesday, Eilish asked people to submit fanart for a piece of official merchandise. Instead of enthusiasm, most of the replies came from people describing the contest as exploitative.

These contests are often accused of exploiting fans for free creative labor, like when J.K. Rowling requested illustrations from children for her new book. This circumvents the typical recruitment process for professional artists, replacing paid spec work with unpaid submissions from fans.

One of the top responses to Eilish’s original tweet is a video from a professional artist, explaining precisely why this competition format is so controversial: “Labor costs money.”

Several other replies criticized the competition’s fine print for art submissions—although there seems to be some confusion over what the guidelines actually mean. While the winning artists sign over all rights to their art, “Each entrant (unless the Grand Prize or a First winner) retains ownership of their Entry.” Other fanart/fanfic contests often retain ownership of every entry, not just the winners, so this is a better situation than some.

Back in 2019, the Eilish/Adobe fanart contest was won by a 16-year-old who got a $1,000 cash prize, a meet-up with her idol, and a year’s subscription to Adobe’s Creative Cloud. She came out ahead of 8,000 other entrants, along with two runners-up who won concert tickets but no cash prize.

The 2022 contest offers bigger payouts: $10,000 for the winner and $1,000 for the runner-up, plus concert tickets and Adobe products. The winner’s art will appear on merchandise and onstage before Billie Eilish’s tour performances. For some fans, this will sound like a great deal, but it’s clearly unpopular among professional artists—and among people who saw similar contests go sour in the past.

The Daily Dot has reached to Adobe and Billie Eilish’s representatives for comment via email.