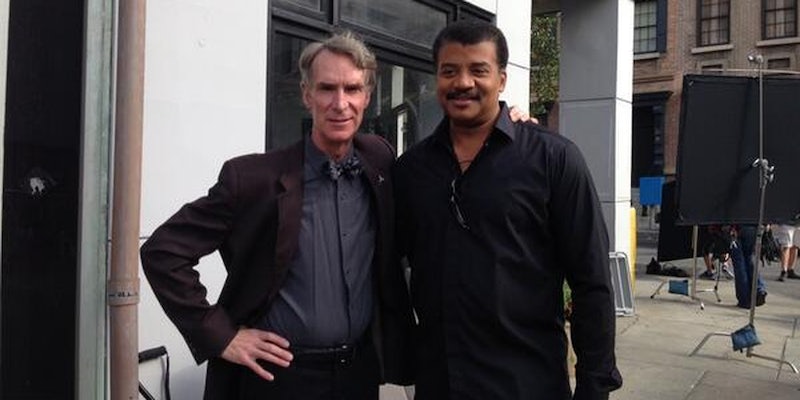 Do they have slumber parties at the planetarium? Can we be invited?

What if two of the most beloved scientists on Earth were actually best friends in real life?

As with his previous lecture, there was a Q&A session, where eventually someone asked him about Bill Nye, who’s working with Tyson on Tyson’s new show, Cosmos.

Tyson told the audience that the Science Guy is the closest friend he’s made as an adult, which. to some of them, sounded too awesome to be true.

Tyson decided to prove it. He called Nye and asked him to say hi to the audience. After some technical difficulties with his phone (and some uneven audio), Tyson put his friend  on speaker phone.

Speaking through “extraordinary technology,” Nye easily charmed the audience and affirms their belief that he’s one of the coolest scientists around.

The only thing that could top this is watching the two of them lecture together. Maybe we’ll see it on Cosmos.