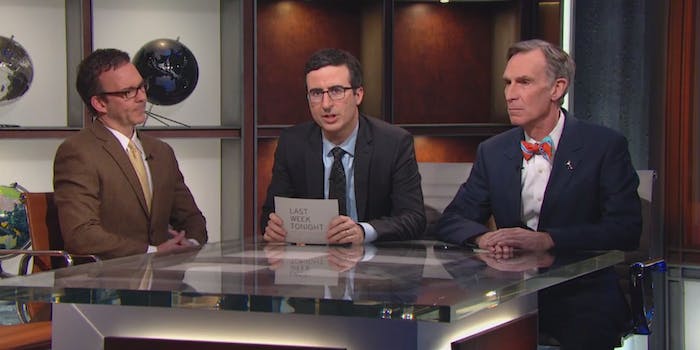 Global warming is real, and it doesn’t matter to Last Week Tonight’s John Oliver that one in four Americans don’t believe in it.

In order to make things fair this time around, he got Bill Nye, who’s done his fair share of debating with climate change deniers, to sit in for one more debate.

Instead of settling for the standard one-on-one debate, Oliver went for something a little more statistically representative—and a lot more satisfying.