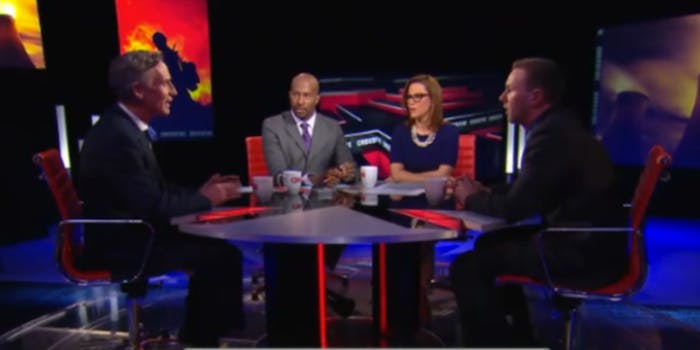 Bill Nye is one of the Internet’s favorite scientists, and he’s furthered secured his fanbase by destroying creationists on live TV. Most recently, he took on a climate change denier on CNN. And what a glorious night it was.

On Tuesday, Nye appeared on CNN’s Crossfire and faced off with hosts Van Jones and S.E. Cupp, and Nick Loris, a conservative economist with D.C. “think tank” the Heritage Foundation. Cupp addressed the White House’s new climate change report but asserts that the “scare tactics have not worked,” before throwing up some dubious Gallup poll stats.

As Nye and Loris debate, you can see Nye trying to keep his composure as he battles conservative PR rhetoric and cherrypicked data. Then Cupp helpfully interjects:

“Isn’t it a problem when science guys attempt to bully other people?”

“How is that bullying?” asks Jones.