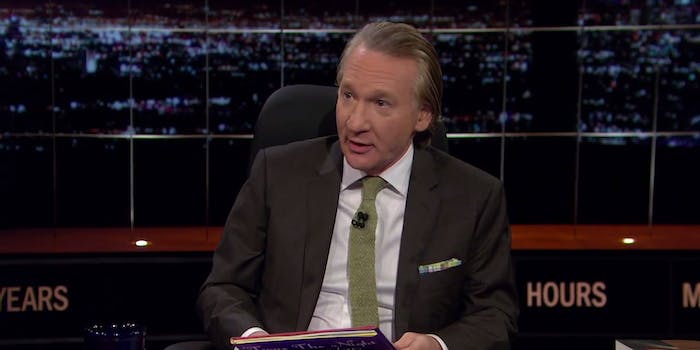 It's already got the making of those other holidays we have.

The Real Time host launched a Change.org petition on his Friday show asking to make 4/20 a holiday because it’s a much better holiday than something that celebrates the “racist psychopath” Christopher Columbus.

Like other holidays on our yearly calendar, Maher explained, 4/20 has a long and colorful history, plenty of songs, and is planted in tradition. It’s got its own children’s book complete with Willie Nelson, Snoop Dogg, and Woody Harrelson stopping by for a joint and a brownie while the police come in for a visit. It even rhymes.

The petition already has more than 8,700 supporters just two days after Maher launched it. He’s looking for 10,000 signers to start.

420 Holiday catching on! And medical pot now legal in Georgia! The south will rise again, but around noon.

As for the holiday’s real-life chances? Although President Obama has shown support for the use of medical marijuana and noted that if enough states decriminalize it Congress may need to change federal laws, marijuana is still an illegal substance in much of the country. Making a new national holiday for something that’s still illegal on the federal level might take more than signing a petition.