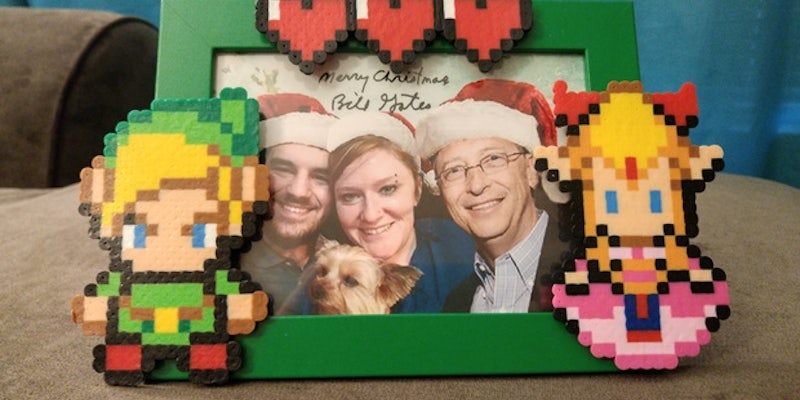 It’s about time we crown business guru Bill Gates as Greatest Secret Santa of Them All.

Since at least 2013, the Microsoft founder has participated in Reddit‘s annual Secret Santa gift exchange, and has made the holidays magical with honorary donations, a full-size Loki helmet, and camping and hiking equipment. But this year Gates has really outdone himself for one lucky redditor.

In a Reddit Gifts post, user Aerrix detailed the unboxing of Gates’ gift, which he overnighted to her. This is clearly not your office party’s gift exchange, either—just look at how ridiculously massive that entire shipment is compared to the receiver’s two pets. 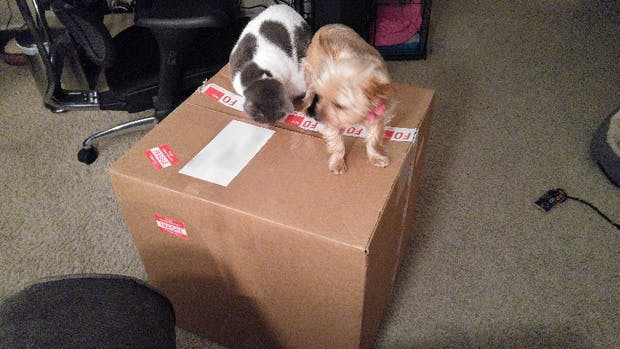 After appropriately freaking out that she—out of more than 118,000 participants in this year’s exchange—had Gates as her secret Santa, Aerrix went to town on the box. Aerrix walked away from the exchange with a significant haul. Take a minute or two of meditation before reading this list, however—it’s a doozy: two pairs of The Legend of Zelda mittens, one for her and one for her dog Claire; one Minecraft-edition Xbox One; three special-edition wireless Xbox One controllers; the Halo 5: Guardians and Rise of the Tomb Raider games for Xbox One; one year’s worth of Xbox Live gold membership cards; and a Zelda blanket.

“I love my Xbox and thought you might like one too -Bill,” Gates wrote on a sticky note attached to the Xbox One packaging. And that was that.

Haha, just kidding. There’s literally still half the list left: one pair of Harry Potter slippers; Kevin Belton’s Big Flavors of New Orleans cookbook; a life-size paper replica of the Master Sword from The Legend of Zelda: Skyward Sword; DVDs of The Martian, The End of the Tour, and Believe: The Eddie Izzard Story; a Nintendo NES Classic edition; a donation in her name to Code.org, a computer science nonprofit for women and minority communities; and a Zelda-themed picture frame made of Perler beads, which contained an edited photo of Aerrix, her husband, her dog, and Gates, all wearing Santa hats. 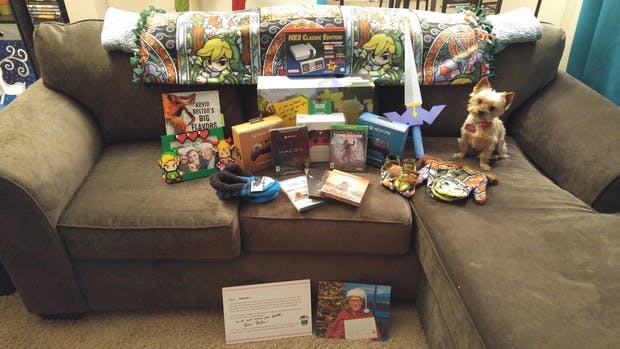 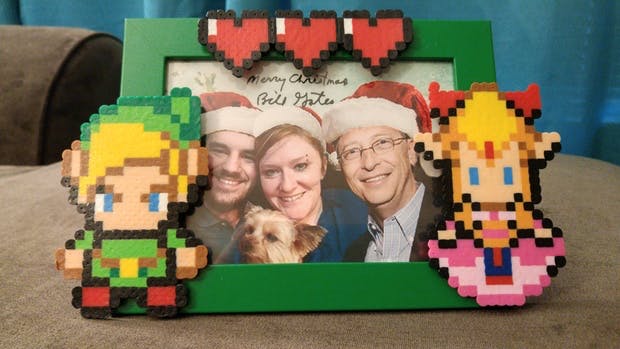 Anyone else short of breath and slightly exhausted after reading off that list? No, just me?

Throughout her post Aerrix geeked out over these amazing gifts, but overall Gates’ ability to tailor his presents to her secret Santa list and letter. For example, Gates’ got her the cookbook, a hat tip to Aerrix’s Louisiana origins and her mention of her uncle’s Cajun Thanksgiving food.

“You guys, I am just, SPEECHLESS!” Aerrix wrote. “Merry Christmas to all y’all out there, and to Mr. Gates, who has the biggest heart and REALLY KNOWS HOW TO TREAT A GIRL TO SOME VIDEO GAMES (and video game paraphernalia)! I’m just blown away by his generosity.”

Christmas 2016 isn’t even here yet and we’re already curious as to how Gates will outdo himself next year. One thing is for sure, however: You’ve got to pity the fools who have pulled Gates for their Reddit gift exchange in the past.