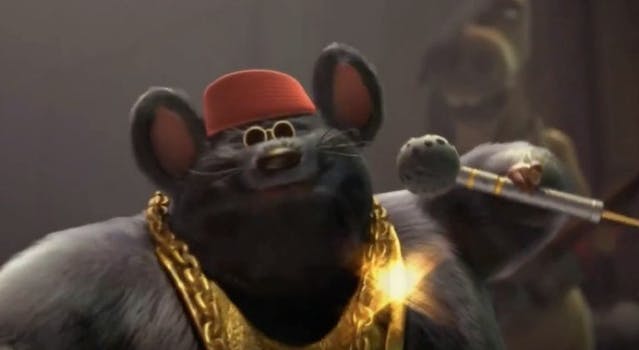 Biggie Cheese, a rapping mouse from the mediocre 2006 animated film Barnyard, has spent the last decade languishing in underappreciated obscurity. But now he’s back, biggie-er and cheesier than ever, thanks to furry cybersex and weird teen meme culture.

Cheese owes his surprising comeback almost entirely to a sexy chat session between two furries, people who identify and roleplay, to various degrees, as animals. Out of nowhere, one of the partners decides to bring Biggie Cheese into the picture, and things get strange very quickly. 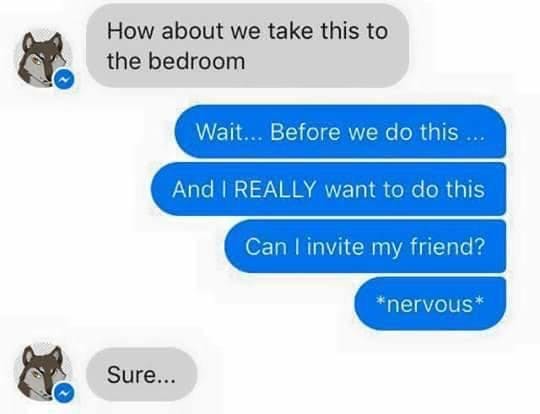 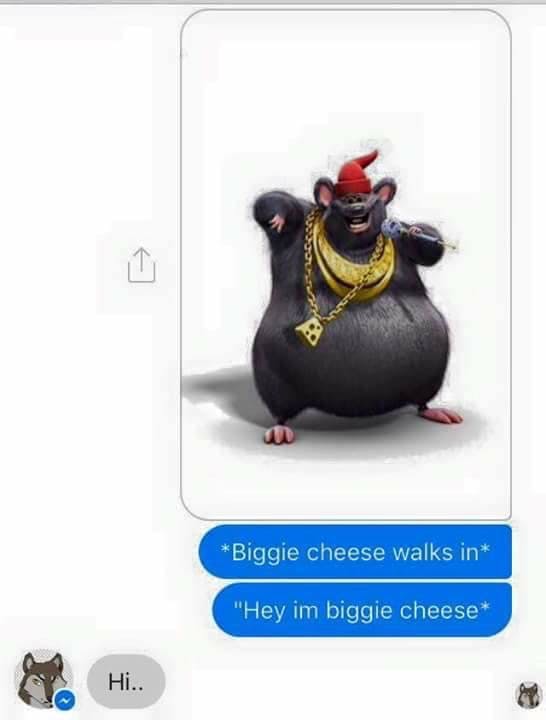 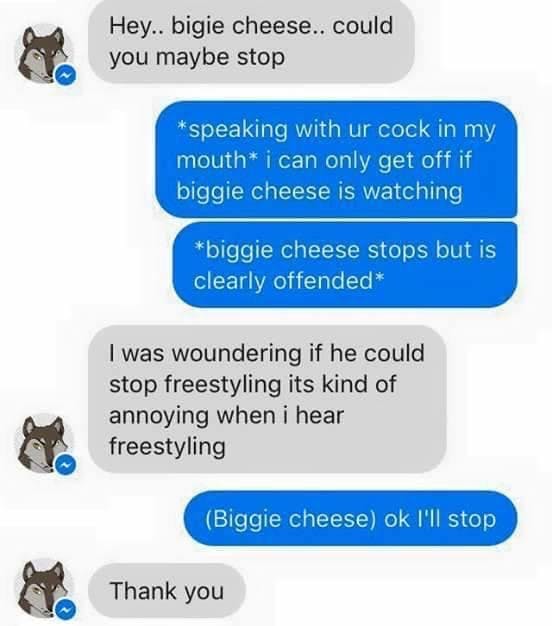 Screenshots of the chat were brought to light by Facebook page called Unironically Exposing Furries Worldwide, whose stated mission is to “expose the most hypocrite, vile, arrogant, two-faced, hypocrite and furries that are around, while at times also posting funny memes.” It was eventually removed, but not before it catapulted Biggie Cheese back into the spotlight and made him a bigger star than he ever was in 2006.

Cheese is now on Know Your Meme. Google searches for him are through the roof. He’s getting YouTube remixes galore:

And now there’s a #BiggieCheeseChallenge, where people start roleplays and then prank their partners by introducing Biggie Cheese to the mix.

The big mouse is blowing up like the World Trade, as another Biggie infamously rapped, and it looks like he’s going to be the teen trend of winter 2016. Kids are even talking about him in school:

@SnoozySnoozie SOMEONE FUCKING DREW BIGGIE CHEESE ON THE BOARD IN SCHOOL pic.twitter.com/WM9uryGG9Q

Biggie Cheese is gonna walk away with December pic.twitter.com/dN1yFENR29

The other beautiful thing about the Boombastic mouse is that, like Pepe and Dat Boi before him, he’s a meme character who can be dropped into any situation or joke template for comedic effect.

When biggie cheese comes on the radio pic.twitter.com/J0EkoFgrOO

Against all odds, December 2016 will surely be the month of Biggie Cheese, a supporting character in a mostly forgotten cartoon starring Paul Blart as a talking cow. After a decade of waiting, the mouse has received his due as the Greatest of All Time.

So if you don’t know, now you know.