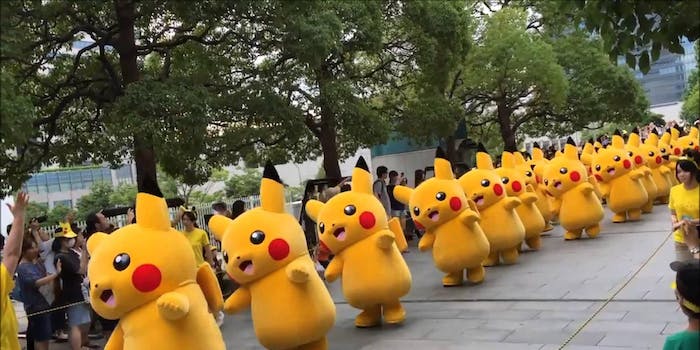 The 9 most shocking snubs from this year’s Oscar nominations

From an unscrupulous sociopath to a comely space alien, these performances got robbed.

The Oscars fulfilled their time-honored tradition this year of snubbing a bunch of movies you really loved—whether it was The Lego Movie or the Roger Ebert doc Life Itself. While there are some bright spots in this year’s lineup—with surprise noms for Marion Cotillard and Laura Dern, as well as expected bids for Whiplash, Boyhood, and Birdman—the Academy’s taste, as always, left much to be desired this year. If you’re mad that Selma didn’t get that much love, remember this is the same group of folks who thought Crash was better than Brokeback Mountain and The King’s Speech was better than The Social Network. (It still hurts to think about.)

With that in mind, the Daily Dot pulled together a list of some of the faces that were left off the nomination list this year—some of whom never stood a chance (but should have gotten nominated anyway) and others who were just plain robbed. It was a rough year for all of us, except Bradley Cooper.

David Oyelowo’s turn as Martin Luther King was so volcanically good that it was nearly impossible to believe that this was the same guy who convincingly played a teenager turned civil rights activist in Lee Daniels’ The Butler. After some strong turns in Interstellar, Middle of Nowhere, Lincoln, and Jack Reacher, Oyelowo has been quietly establishing himself as one of Hollywood’s best character actors, and this proved his breakout role. Oyelowo not only nails the cadence of King the celebrated orator, icon, and rabble rouser, but also as the man. Whether or not it made the Oscars shortlist, it’s not just the best performance by a lead actor this year—it’s the best performance from anyone.

While the Oscars played it safe with nods for Steve Carell’s prosthetic schnozz and Bradley Cooper (who must have naked pictures of someone in the Academy to keep getting nominated), Jake Gyllenhaal absolutely killed it as a career-driven sociopath. Dan Gilroy’s directorial debut was a spot-on satire of our violence-obsessed tabloid media era, where the mantra of “if it bleeds, it leads” has become the broadcast bottom line. But Gilroy’s Network 2014 wouldn’t be so sensationally effective without its lead, an upstart cameraman (Gyllenhaal) who will do anything to get his story. In recent years, Gyllenhaal keeps getting weirder and more interesting, and following acclaimed turns in End of Watch and Prisoners, his magnetically twitchy Louis Bloom is one of the year’s most terrifying monsters, primarily because he feels so real.

Nightcrawler had been making recent gains in the Oscars race—with Gyllenhaal’s surprise nod at the Golden Globes and the movie’s inclusion at the Producers’ Guild Awards. Many thought that meant that if Gyllenhaal was nominated, he might take co-star Rene Russo with him. That, unfortunately, was not the case. However, this should not discredit Russo’s work here, a welcome return to the screen for an actress gone too long. The former star of The Thomas Crown Affair is savagely good as an unscrupulous producer willing to put ratings above morality, especially when her career is on the line. She’s a David Cronenberg version of Holly Hunter in Broadcast News, and Russo is truly unforgettable. Let’s just hope she doesn’t disappear again.

4) Scarlett Johansson for Under the Skin

The Oscars have been notoriously unkind to Scarlett Johansson, snubbed for her well-received turns in Lost in Translation and Girl With a Pearl Earring, and Under the Skin wasn’t likely to change the Academy’s mind. Like Robert Redford before her, Johansson is something of an under actor, her steely reserve giving her something of an ethereal quality; she just doesn’t seem human. Jonathan Glazer (Birth, Sexy Beast) solved this riddle by having Johansson play an alien searching for her humanity on earth. The meditative and quietly hypnotic Under the Skin was never going to be on the Academy’s shortlist, but for those willing to take a risk on the avant garde, it’s one of the year’s definitive masterpieces, proof there’s a lot more going on under ScarJo’s skin than her critics give her credit for. She’s nothing short of amazing.

This is another performance that suffered simply because the Academy failed to warm up to the movie that surrounds it. Paul Thomas Anderson’s Inherent Vice followed the director’s recent trend of being purposefully dense and confounding, the kind of movie that requires your absolute attention. This left turn out of the mainstream—following There Will Be Blood—has left many cold due to its opacity, but his work is worth the extra investment. While Joaquin Phoenix is predictably great as a stoner detective, the standout here is Josh Brolin, absurdly and unbelievably funny as “Bigfoot” Bjornsen, a flat-topped detective with a taste for Chinese pancakes. You don’t often think of the words “Josh Brolin” and “comic revelation” in the same sentence, but as Inherent Vice proves, it’s a weird world we live in, man.

No actress had a better or more impressive year than Tilda Swinton, who turned in wonderfully strange performances in both as a randy old woman in Wes Anderson’s The Grand Budapest Hotel and a lovelorn vampire in Jim Jarmusch’s Only Lovers Left Alive. (It’s hard to believe no one had asked her to play the undead before, isn’t it?) But her kookiest delight of 2014 was in Bong Joon-ho’s masterful Snowpiercer, the English-language debut for the talented South Korean director behind Mother and The Host. Tilda Swinton’s performance as the Machiavellian mouthpiece of a train-bound dictatorship was a bit divisive among critics (some found it too over the top), but the rest of the film was so grim that it allowed her to go big. And there’s no one in Hollywood who lets her freak flag fly better than Swinton, who finds the unexpected humanity in evil.

7) Jessica Chastain for A Most Violent Year

Jessica Chastain has been having a helluva run the past couple years, nearly unmatched by any other actor in Hollywood. Since her 2010 breakout in The Debt, she’s been in—are you ready?—Coriolanus, The Help, Miss Julie, Mama, The Disappearance of Eleanor Rigby, Zero Dark Thirty, Lawless, Take Shelter, and Tree of Life. This year, her contract for Interstellar stipulated that she wasn’t allowed to campaign for any other films, which likely led to her being snubbed for her fiery turn as a Lady Macbeth-type wife in J.C. Chandor’s A Most Violent Year. But with three films set to debut this year (and yet another lined up the following), she’s destined to rebound in 2015. After two nominations, don’t be surprised when she finally wins for one of the 10,000 movies she’s in.

Ralph Fiennes’ career has had a really interesting second wind over the past couple years. With diverse performances in Skyfall, Coriolanus, Great Expectations, The Invisible Woman, and the Harry Potter finale, Fiennes had shown he could do just about anything—and The Grand Budapest Hotel proved it. Fiennes isn’t really known for his comic charm, but he was utterly dazzling in what many called Wes Anderson’s best movie yet, playing the concierge of a posh European hotel. Anderson’s film was a crime caper and a screwball comedy with a unexpected undercurrent of melancholy credited to Fiennes’ layered turn. For his first performance in a Wes Anderson movie, Fiennes is a natural, and one can only hope he turns up in whatever caper Anderson has planned next.

There are a number of other great performances that deserve mention here—Ben Affleck, Tyler Perry, and Carrie Coon in Gone Girl; Amy Adams in Big Eyes; Jennifer Aniston in Cake; Emily Blunt in Into the Woods; Tom Hardy in Locke; and Hilary Swank in The Homesman—but perhaps most surprising was Kristen Stewart’s turn in Still Alice. Like Swank, movie directors have often struggled with Stewart—she’s not an actress you can plop into a movie and let swim. She needs the right film and the right script to bring up the feverish energy under her stone-like surface. Stewart showed flashes of something more in Into the Wild and Adventureland, but Still Alice was her best work yet, starring as an actress whose mother, played by Julianne Moore, succumbs to Alzheimer’s. Moore will finally win the Oscar for her work, and she partly has Stewart to thank.