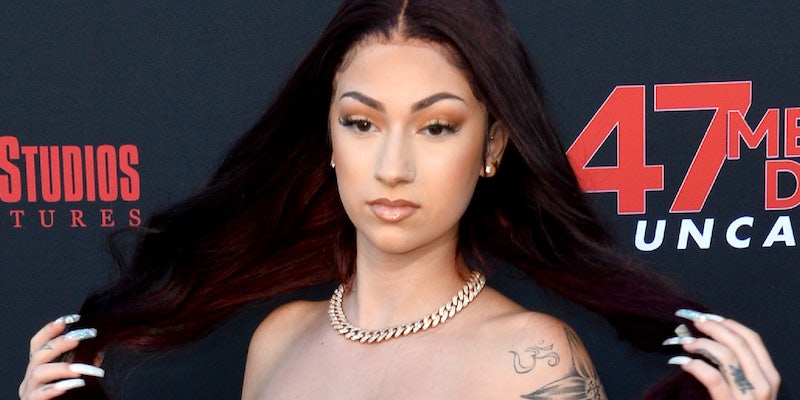 'Y’all mfs a little too excited about Bhad Bhabie’s OF when she was underage a week ago.'

Danielle Bregoli, more commonly known as rapper and social media personality Bhad Bhabie, made her OnlyFans debut yesterday and said she earned over $1 million during her first six hours on the app.

Bregoli—who first rose to viral stardom after her “Cash me ousside” remark from her Dr. Phil appearance became a meme—hyped her OnlyFans launch on Instagram yesterday with a teaser video that has been viewed more than 3 million times. “Saw your 6 million comments and now i’m answering your call,” the caption read. “We breaking all the rules.”

Six hours later, she posted a photo of her earnings page that showed she had already made $1,030,703.43. “Not bad for 6 hours,” she wrote. “We broke the fuck out of that onlyfans record.”

A representative for OnlyFans confirmed to the Daily Dot that Bregoli earned over $1 million within six hours.

Bregoli, who turned 18 last Friday, told fans in February that she was considering joining OnlyFans. She said in an Instagram story that she would not “show my naked body,” but she would consider making an account “for my fans to see different content and b able to interact with me on another app.” She added that she hadn’t made up her mind yet “bc ppl think only fans is only used for fucking and sucking and naked girls.”

OnlyFans is primarily used for adult content, but in recent months, several celebrities have joined the platform to share non-adult content, including Cardi B and Bella Thorne. Thorne, in particular, drew criticism from sex workers who said she ruined the platform for them, as the site changed its payout options days after Thorne made her multimillion-dollar debut. (OnlyFans said the changes were part of an “evolving process” intended to “ensure payment protection for both content creators and users.”)

Not everybody was as excited about Bhad Bhabie’s lucrative OnlyFans debut as she was. Some Twitter users found it disturbing that so many people flocked to the teen’s account, as they were essentially just counting down the days until she turned 18.

Others simply could not fathom making $1 million in a day.

Some YouTubers have already uploaded reviews of Bregoli’s OnlyFans and reported that, indeed, she has not yet posted any nude content.