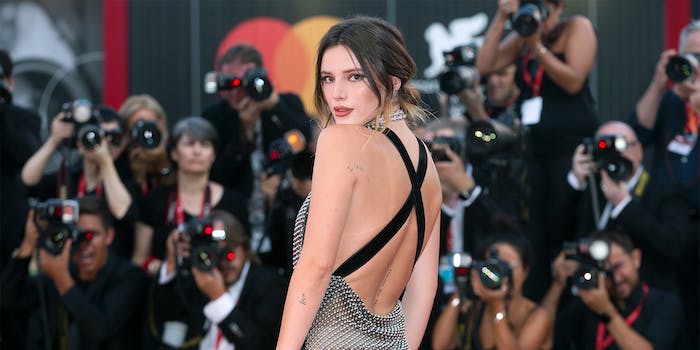 Bella Thorne broke the internet—literally—when she launched her OnlyFans on Wednesday, briefly crashing the NSFW site as fans flocked to see her content.

Thorne is offering various subscription tiers on the adult content platform, starting at $20 a month and discounting to $102 for six months. The star’s bio reads simply, “I’m your bitch,” and links to an Amazon wishlist that has already been picked clean.

Thorne famously leaked her own nudes last year to take her “power back” after being blackmailed with them. Her decision to launch an OnlyFans seems similarly motivated by a desire for power and agency over her sexuality.

“OnlyFans is the first platform where I can fully control my image; without censorship, without judgment, and without being bullied online for being me,” Thorne recently told Paper.