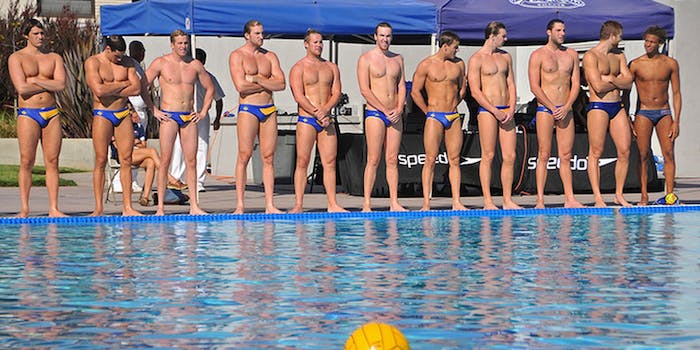 There are plenty of (younger) fish in the online sea, ladies

Online dating as an older woman can mean a lot of interest from younger men.

Beth Cook is a dating coach and wing-woman who throws private dating events for San Francisco’s most awesome and unattached. She also writes and draws about her own dating experiences and would love to hear from you. Want advice? Have advice? Send her an email.

I was chatting with my mom this week about online dating and how utterly frustrating it is for a single gal of a certain age.

She has tried a number of sites over the last few years—Yahoo! Personals (now defunct), Match, OkCupid, and as of last week, Plenty of Fish—and the prospect of finding a boyfriend remains dismal. Hell, she can’t even find a grown up.

I wish I were kidding, but I am so not kidding.

I find this incredibly disturbing on multiple levels. These guys are younger than I. Most of their emails teeter on harassment, and I just don’t get why they want to sleep with a woman as old as (or older than) their own mother.

In an effort to get the bottom of this trend, I did the two easiest things possible: asked my boyfriend about it and Googled “Why do young men want to have sex with much older women?”

My BF said, “There are men interested in all types of sex trolling the Internet. Some prefer a mature, experienced women.”

I was not satisfied. Why would a guy need his one-night stand woman to be mature?

Ironically, at the very top of my Google search results was a link to a forum on Plenty of Fish, where online daters weighed in on this very issue—for 30 pages.

SteveinHP elaborated on my boyfriend’s point, “…older women are more experienced. It is a badge of honor to some guys to have ‘tagged the cougar.’ Older women tend to know what they want, have less inhibitions, and you do not have to play as many games as you would with a younger girl…”

ChinaShopBull proposes, “Because younger women aren’t giving it up?” and Road Ranger says, “Yep. The young man gets sex with a woman who actually appreciates it and without jumping through the hoops that young women set out.”

Ah, ha! Tagging cougars aside, it seems young men are sick of chasing hard-to-get young women and playing their reindeer games. They’re thinking, “Can’t I just get laid already? I bought you drinks like a few times.”

I am not endorsing this MILF-seeking behavior (I’m still quite disgusted), but I am willing to admit that now I kinda get it.

I suppose the bright side is if you’re an older woman looking for no-strings-attached sex, there are indeed PLENTY of young, strapping fish in the sea.

Photo by AN HONORABLE GERMAN