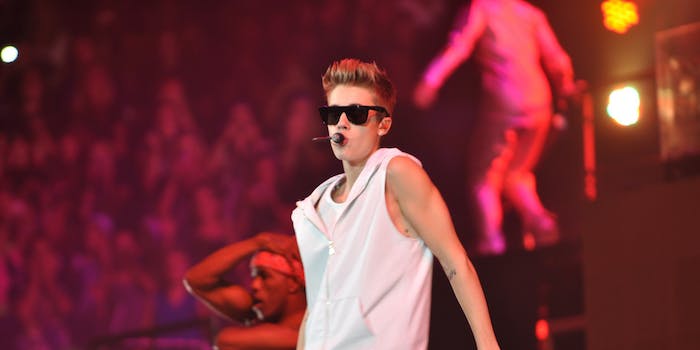 People had a lot of feelings when it came to Justin Bieber’s arrest yesterday in Miami, but these two videos, polar opposites in tone, just might take the cake.

While Twitter debated whether the arrest of one of the world’s most famous pop stars should even be considered “news,” some outlets found it vital enough to interrupt regularly-scheduled programming to bring viewers the latest update.

Former Congresswoman Jane Harman (D-Calif.) was in the middle of an interview with MSNBC’s Andrea Mitchell about the NSA when a major breaking story hit Mitchell’s desk. It wasn’t about peace talks in Syria or political protests in Ukraine. It wasn’t even another update on what Mitchell and Harman were discussing, the NSA.

With yesterday’s top story, who else would it be?

Not everyone agreed that Biebergate was a matter of national importance. In fact, many became angry at Bieber or saw it as a giant joke.

But more than anything, it enraged New Jersey-based comedian Vic DiBitetto.

When he heard the news, he was not having it with Bieber and went on an expletive-laced rant. Luckily for us, he had the sense to film it.

And when Bieber’s fans inevitably attacked him, he only had one thing to say to them.