People are giving their Pokémon stupidly hilarious names, which is smart

After a few weeks doing unpaid beta testing for Niantic and Nintendo’s fun-but-glitchy Pokémon Go, players have come to realize that the game’s best feature is the ability to give your pocket monsters stupid and hilarious names.

Sure, you can do a great one-off—we all want to name a Magmar “assface,” right?—but the truly inspired jokes don’t stop there. They use an entire screenful of nine Pokémon.

Here are some of the best we’ve seen so far:

You come and (Pokémon) go

Am I doing this right? pic.twitter.com/YBehzvU6V6

I think they're trying to tell me something… pic.twitter.com/mBBtZnOp0l

Stretching for the pun here

Think of all the eggs you could hatch…

Where do you live?

This is only one Pokémon, but he was too good to leave out

Hey, whatever works for you

This guy typed nonsense and let his phone autocorrect it 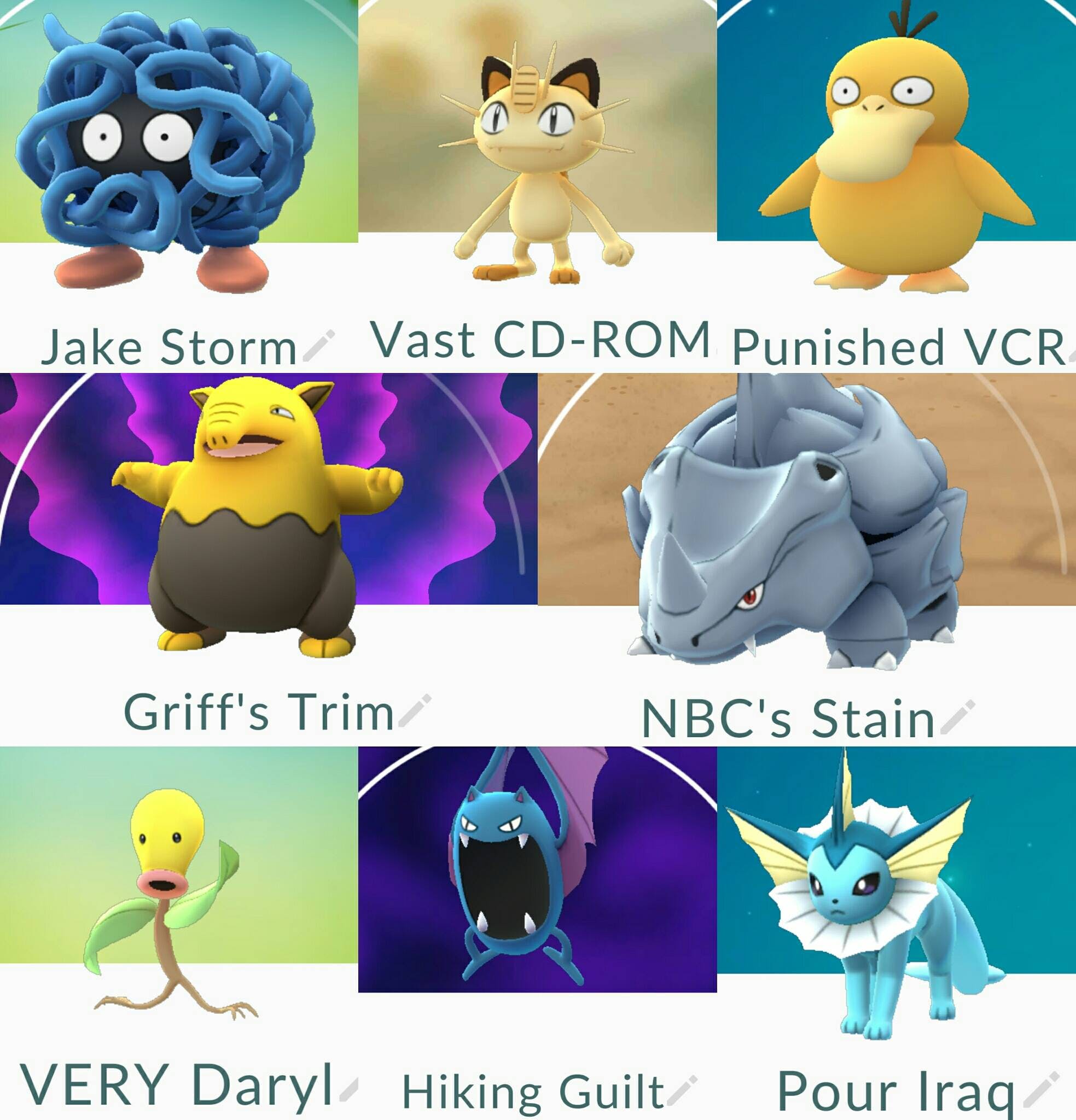 Gotta do something with all those garbage Zubats, I guess 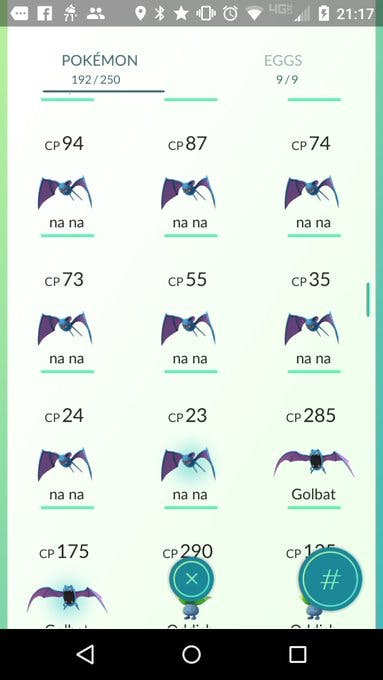 Well, this is now stuck in my head forever 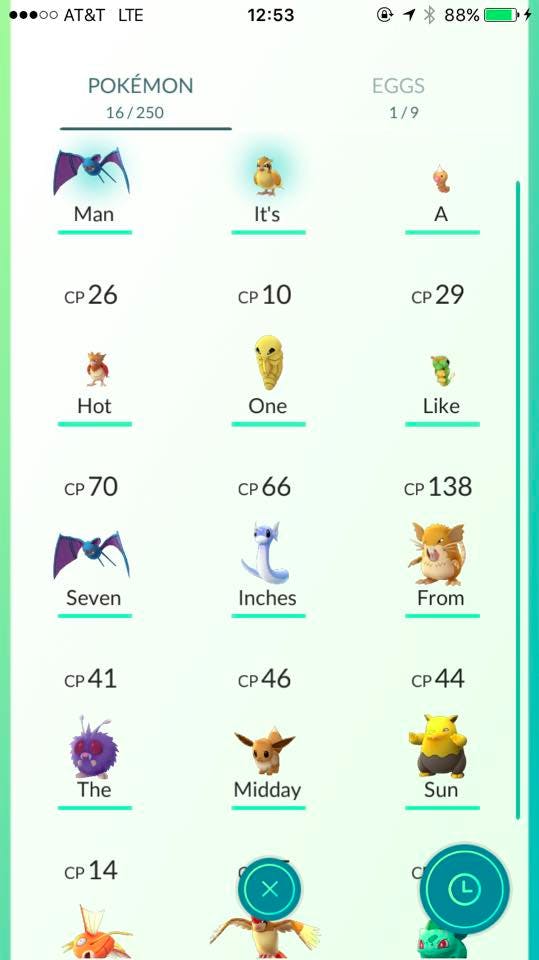 The opening narration from Bee Movie would also be a savvy choice, especially if you happen to have nine Beedrills in your collection.

Good luck catching ’em all and renaming ’em in the interest of bad puns and glorious shitposting.