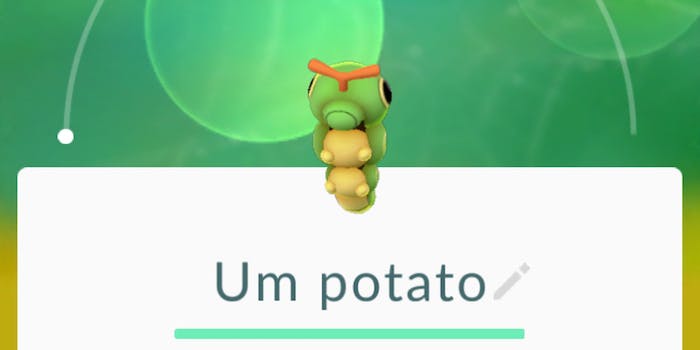 Brutally honest 2-year-old has the best nicknames for Pokémon

Jigglypuff won't be too happy about hers.

Nicknaming Pokémon was one of the most underrated features in the original GameBoy games. It’s a total lol to be a trainer screaming “Go get them, Punisher!” and have a Clefairy pop out, ready to fuck shit up.

But it looks like people are finally taking advantage of the customized names in Pokémon Go, with some pretty hilarious results.

Imgurian june1920 let their 2-year-old take some creative liberties with giving the pocket monsters new monikers. The kid was brutally honest, and the parent has now renamed all of their captures in the game.

For your mild amusement, I renamed all my Pokemon whatever my 2 year old called them

CLAWS PARROT! You can’t make this stuff up. Unless you’re a toddler who DGAF that it’s actually a Magmar.