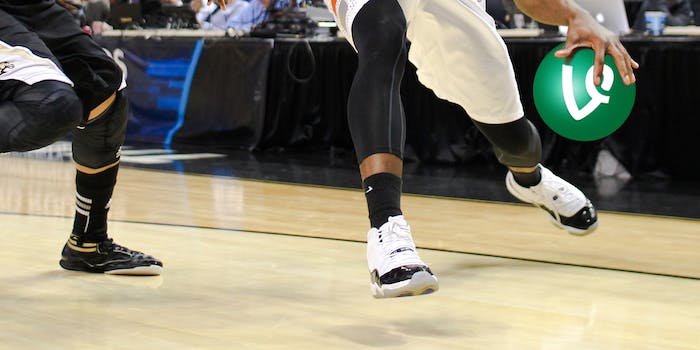 These 11 NBA stars have the absolute best Vine accounts

From hilarious inside access to heartwarming family life, these NBA hoopers are Vine all-stars.

Just about every NBA star has an Instagram account littered with personal highs and pseudo-intimate moments of staged personality #brand building. Vine is different, because the medium rewards creativity first. Doing it for the vine—strong-arming a moment in the name of a six-second loop—is everything.

As such, some NBA players haven’t made a strong transition to the medium. Draymond Green, for example, got in one poor post of him teeing off on the golf green and then stopped altogether. Green’s Warriors teammate David Lee posted skyline footage from what appeared to be a high-rise apartment, then gave up. They aren’t built for this.

We looked at literally hours of content from the NBA’s player pool. These are the 11 accounts that best combine access with personality and a sharp editorial eye. Go follow them.

11) Charlotte Hornets guard P.J. Hairston tweaked his ankle this week, and that’s a bummer. At least he can get back to his sturdy Vine game. He’s a rampant curator of other people’s content, but his original work has perspective, heart, and humor.

10) Glen Davis is one of the more colorful—and strange—players in the NBA, and that’s represented in his vines.

9) Steph Curry uses Vine to take fans inside the Warriors locker room and along with him and his teammates on their off days.

8) Nate Robinson likes corny tricks and his family—which makes him the NBA’s leading dad on Vine. He’s an encourager; he’s transparent about the pride he takes in his kids. It’s downright adorable.

7) Kendall Marshall is a great one because he posts all the time. He’s literally shared more than 5 million loops. While all of them seem to be revines from other users, he’s up to date on the weirdest, funniest memes on Vine—like the potato, attached to a ceiling fan, flying around this room.

6) Kyrie Irving is another strong content curator, but one who acts as a one-man PR crew for all self-aggrandizing moments. Got footage of a sweet Irving crossover? He’ll find it and promote. Did you loosely mention his name in a freestyle? Well…

5) The Dallas Mavericks team Vine account shoots lots of videos of the players in the locker room and highlights which celebrities are at their games. It wins for Most Actively Embedded NBA Franchise.

4) Grievis Vasquez is super boring and he has a bland directorial eye. But he’s an unfiltered individual and that makes clips of him singing along with Spanish language music, lying down next to his laptop, or hitting the barbershop compelling.

3) Russell Westbrook joined Vine to kill time during an injury layoff. He uses his account to share his love of Taylor Swift.

2) DeAndre Jordan is hilarious because he’ll use the media as a backdrop to pull the curtain back on the whole circus of canned postgame banalities. Jordan is also close with superstar Blake Griffin, and he’s been central to unlocking Griffin’s inner comic genius, like trolling Chris Paul with commentary in the middle of an interview.

1) Seven-foot Pistons star Andre Drummond is getting in on the sketch-comedy Vine scene:

And for that vine alone, he tops our list.

Photo via Chad Cooper/Flickr (CC BY 2.0) | Remix by Jason Reed