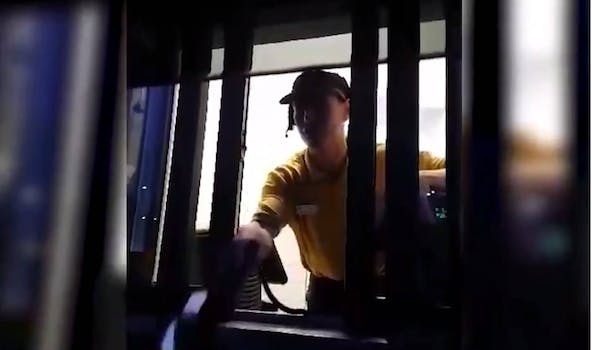 When it comes to taking satisfaction in a job well done, there’s no beating this real-life Ned Flanders working the drive-thru counter for a McDonald’s somewhere in England. Between his delightful accent and chipper attitude, he’s an absolute joy to see—er, hear—in action.

A YouTuber named Max posted footage from a profoundly professional yet slightly saucy fast-food order back in August. It was later recycled on Twitter Gas Station Pranks and has been making the rounds ever since.

The model employee adds an “oi oi saveloy” to a “classical” Coke order and a “diddly-do”to a chocolate shake. How could anybody resist adding another dozen items to their bag just to hear what he’ll say about it?

Someone find this guy and give him a bleedin’ raise already.