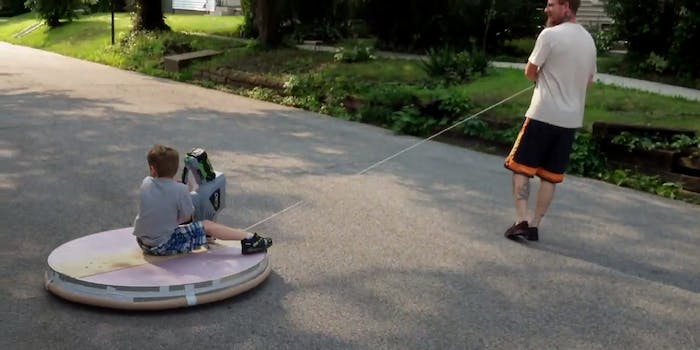 Best dad ever builds his kid a working hoverboard

This Christmas, one household will have to work extra hard to top what its kids already have: an actual hoverboard.

OK, it isn’t anything from Back to the Future Part II. But it sure beats any other personal conveyance. According to Viral Viral Videos, YouTube user “videopapa” built the hoverboard for his young son out of polystyrene insulation board, a hand vacuum, and a rope. As dad runs up and down the street clutching the attached rope, the board—and his young son—smoothly glide across the asphalt.

The bike-mounted hoverboard is videopapa’s second attempt at his creation. A first go-around took place several days earlier, with a more stationary approach.