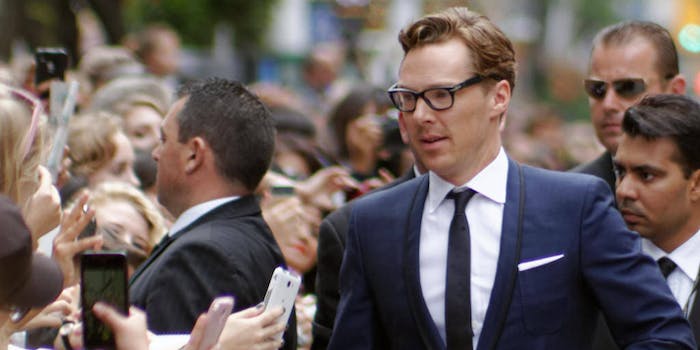 With an accent like his, we'll forgive the name butchering.

Otter namesake Benedict Cumberbatch, is a man of many talents. He’s an award-winning actor who can make R. Kelly lyrics sound both impossibly sexy and hilarious. Not to mention he’s the only celebrity who was charming enough to make an ice bucket challenge video bearable. The only thing Cumberbatch can’t do? Say the word penguin.

Graham Hughes took to YouTube to exploit the weakness of Tumblr’s biggest crush by compiling every time Cumberbatch utters the name of the animal in a BBC documentary about the South Pacific. What results is a name somewhere between “pengwings” and “penglings.”

In all fairness to Cumberbatch, he sounds so damn suave stumbling over the word that we might as well rename penguins. After all, his cache has already done wonders for otters, just imagine what he could do for these small, flightless birds.