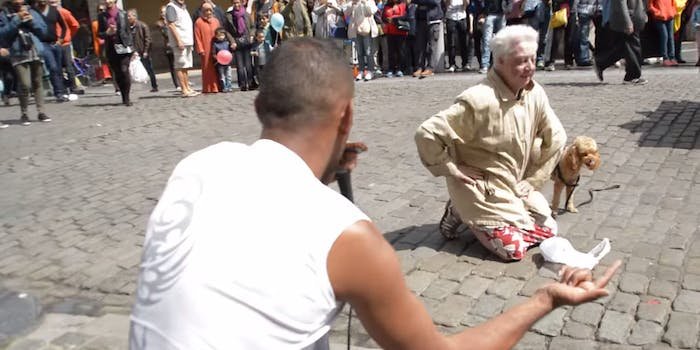 This unexpected partnership made for great street theater.

Sometimes street performers are just embarrassing or dull, but this video of an old lady dancing to a beatboxer is pure art.

The beatboxer was performing on a sunny street in Brussels when this older woman walked past, dog in tow. Instead of just passing by, she stuck around and busted some moves to his music, drawing a massive crowd. Her dance style is, well, non-traditional, to say the least. But isn’t that what self-expression is all about?

This lady is living her best life. And if the beatboxer has any sense, he’ll track her down for future performances. She sure does know how to work an audience.