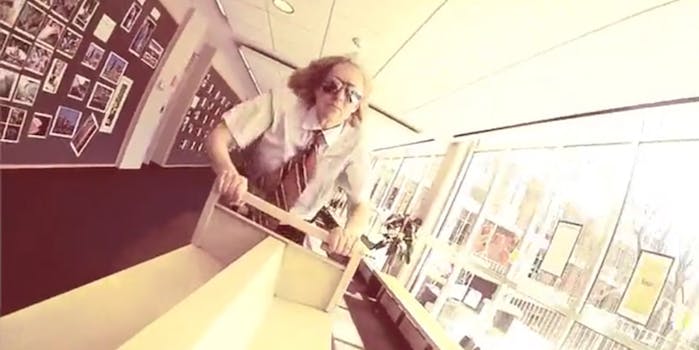 It's not a mirage. It's the ladies of your local library.

Comedy duo Mike Ferbrache and Duane Freeman of The Mike and Duane Show have revised Michael Jackson’s “Bad” and OK Go’s “Here It Goes Again,” and recast both videos with teachers. A few months ago, they remade the Beastie Boys’ classic 1994 video for “Sabotage,” directed by Spike Jonze. Only the roles of the Beastie Boys are played by actual librarians.

They wear mirrored shades. They have names like “Late Fee” and “Story Time.” They will take you to an interrogation room, slap you, and throw you out of the library if you’re caught lifting books. The video has been making the rounds today, but the message is still clear: Don’t mess with ladies who can work a card catalog.

Correction: The librarians featured in the video do no actually work at New York Public Library, as previously reported.

Screengrab via Mike and Duane Show/Vimeo