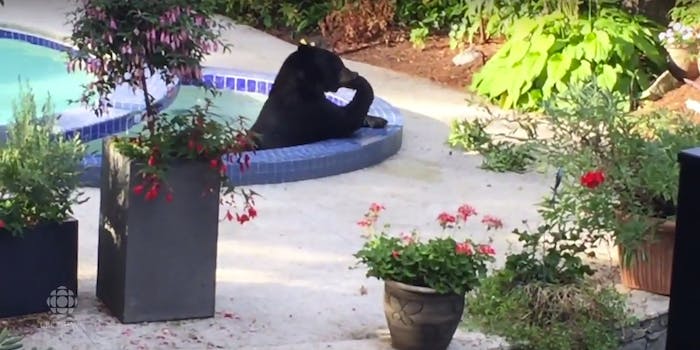 No big deal, just a bear cooling off.

One North Vancouver couple found an unlikely visitor in their backyard trying to bear with the summer heat.

Bears have been getting more adventurous lately when it comes to visiting their human neighbors, but this one—discovered by Tony and Denise Diering—managed to break down the backyard fence before heading into the pool to cool off and take a swim.

Once the bear had had enough of that, he waddled over to the hot tub to warm up again. It’s not the first time a bear has taken over their backyard, and it’s something they can barely put up with.