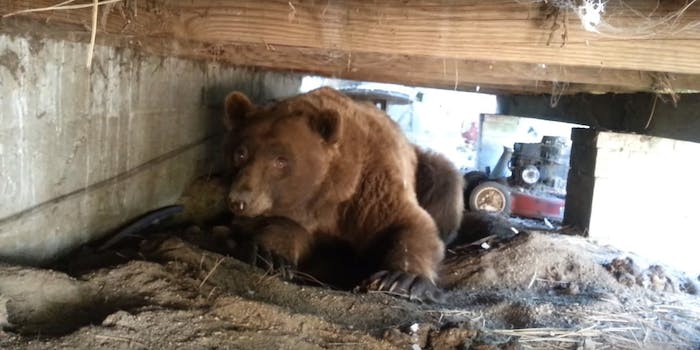 Giant bear poops angrily after being ousted from under porch

Are you shittin' me?

Mother Nature comes at you when you least expect it. Like when there’s a giant bear straight chilling under your porch.

In a video from Vance Hopkins, we can see the majestic beast relaxing in the dirt and pinecones until it lurches toward Hopkins. After a firm dismissal from Hopkins the bear finally feels unwelcome and takes off, but not without leaving a shitty present for the lack of hospitality.

Also take note of the video’s hilariously accurate title: “BIG ASS BROWN BEAR UP CLOSE AND PERSONAL……..” Any relation to the bear cub that just wouldn’t leave the pizza joint?