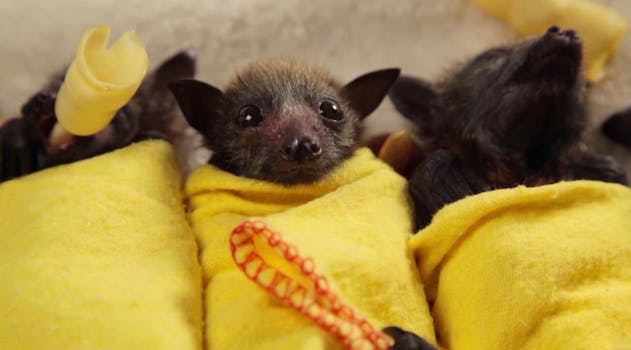 This video proves bats can be just as cute as babies

Who knew bats could be this cute?

If the average person saw seven bats in one place, they’d likely react by sprinting away from the area in terror. This anti-bat bias is why the good folks at the Australian Bat Clinic decided to present a sight too cute to abhor: seven baby flying foxes dressed as tiny burritos.

Your fear will quickly melt away—as will the rest of you—upon seeing these adorable creatures being prepared for bedtime. While the similarity to one of the Internet’s favorite foods may have been unintentional, the love and care being shown to these animals is nothing short of heartwarming. Handlers at the clinic carefully make sure that the baby bats—who were separated from their mother by “an extreme heat event”—are properly fed before they are tucked in for the cutest bat-related sleep on record.

To emphasize how cute this is, let us remind you that some of these bats are being fed from tiny little bottles!

It’s no wonder Count Dracula turned into a bat so often: This level of bedtime attention is far more palatable than crawling into a dank coffin every morning.