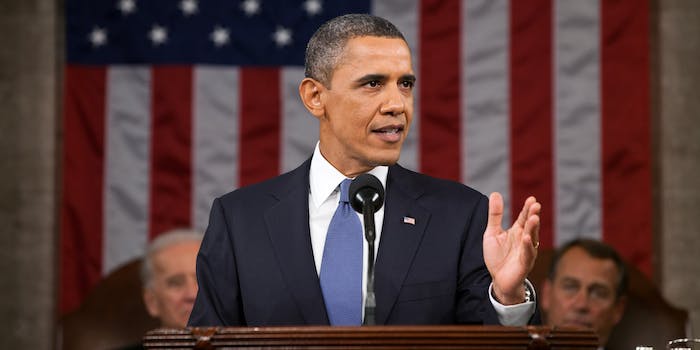 A subset of Internet users (and boys between the ages of 13 and, oh, 45) love the number 69. You probably already know why, and if not, Rob Gronkowski can probably explain it to you.

But lately, it’s become an Internet trend that whenever somebody mentions the number 69, the response of “nice” is immediate. It might be a South Park gag or something from Deep Space 69, but wherever the meme was born, it’s certainly arrived.

From a Death and Taxes story in January.

And take a look at this Salon story from earlier this month. 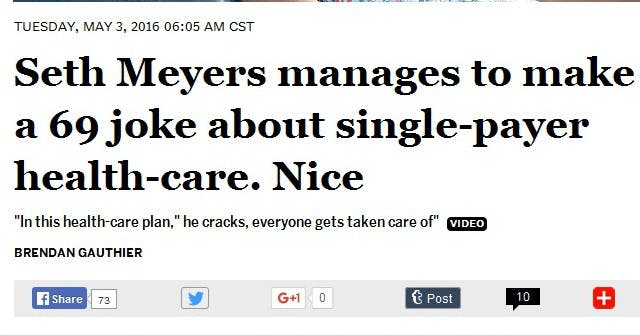 The meme is rather juvenile, yet still kind of funny. But it looks like Barack Obama unwittingly got into the action Friday by mentioning a stat about the percentage of Americans who want Congress to vote on the Supreme Court judge nomination of Merrick Garland.

Obama’s tweet had a certain number attached to it, and predictably, the Internet went bananas.

Senate leaders should listen to the American people. #DoYourJob pic.twitter.com/vArMxcZh5W

From then on, it was just a party of nice, nice, nice. 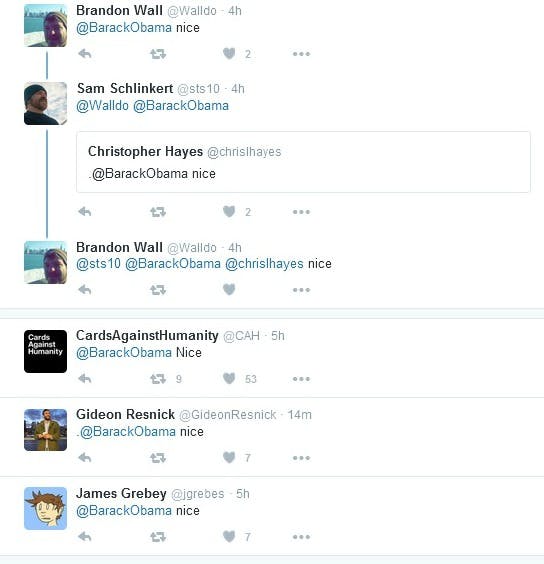 But let’s give the last word to the most clever, the one who can take a meme, give it a new twist, and make terrible grammar and spelling decisions in the process. Because, even more than caring about what Congress does with a judicial nomination, that’s really what America is all about.