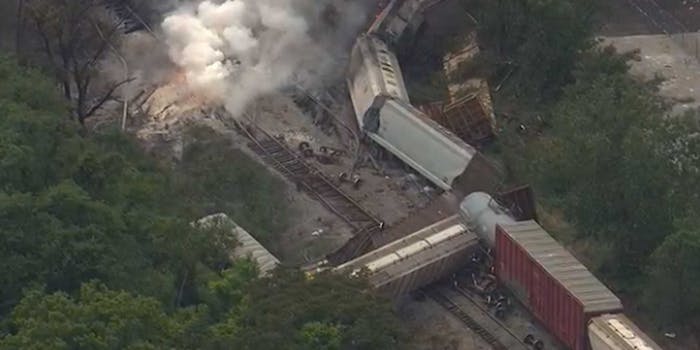 Baltimore County Police tweeted that there were no immediate injuries and that Hazmat was responding.

CNN is reporting that one person is trapped in the wreckage. According to the Baltimore Sun, the train does not appear to have made contact with nearby buildings and emergency crews aren’t engaging with the fire. The explosion could be seen throughout Baltimore County and the city.

One of the few videos of the crash’s aftermath was captured by Facebook user Uptown Bev:

Another video from the scene:

Amtrak said that the derailment will not affect its train schedule because its trains run on different tracks. The cause of the derailment isn’t immediately known. We will update this story as more details become known.