As if rich babies weren’t annoying enough, soon they’ll be prancing around their pre-Montessori pre-schools and down Rodeo Drive in none other than Yeezys.

For those of you unfamiliar with the footwear: The brand is brought to you by none other than self-proclaimed god and alleged #FingersInTheBootyAssBitch Kanye West. On Sunday’s episode of Keeping Up with the Kardashians, Kim Kardashian confirmed that the tiny Yeezys her own children wear will be soon be available to the masses.

Rumors about the shoes have been floating around for months, but we got a peek at them when Kim posted a picture of Saint West wearing Yeezy Boost 350 “Turtledoves” to her Snapchat on Easter. And according to Complex, the chatter about the line of infant-sized kicks on the reality show supports an earlier report of rumored kid Yeezys slated for August. 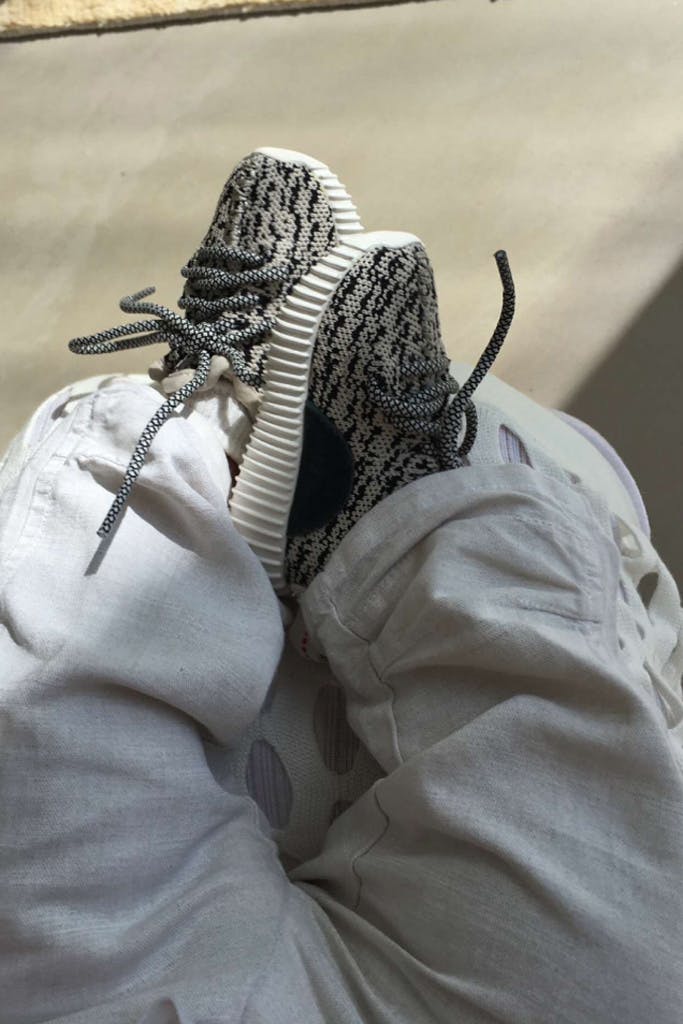 Yeezys currently cost between $200 and $525, so it’s likely that these baby shoes will also be on the pricier side. But babies outgrow their footwear so fast! Splurging on such expensive apparel just sounds like a pretty hollow attempt to flaunt your wealth or mark your family as a Kanye-worshipping household.

And considering how grandma feels about Yeezys, maybe it’s best to keep them off your kids’ feet.