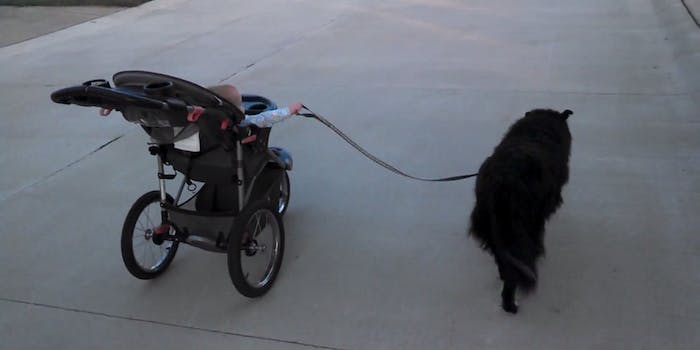 Is this baby walking a dog, or is it the other way around?

It's yet another age-old question.

When one dad is tasked with taking his child outside and walking the family dog, he came up with an ingenious solution.

Walking right behind them, Rodney Schmidt gave the dog’s leash to the baby.

This experiment sparked the most intriguing example of who’s doing what to whom since that chicken and egg question. No matter which answer—the dog walking the baby or the baby walking the dog—is more accurate, it’s an equally amusing concept brought on by self-efficiency. Both parties are ultimately content and happy.

And either way, Schmidt’s on double duty when they go to the bathroom.