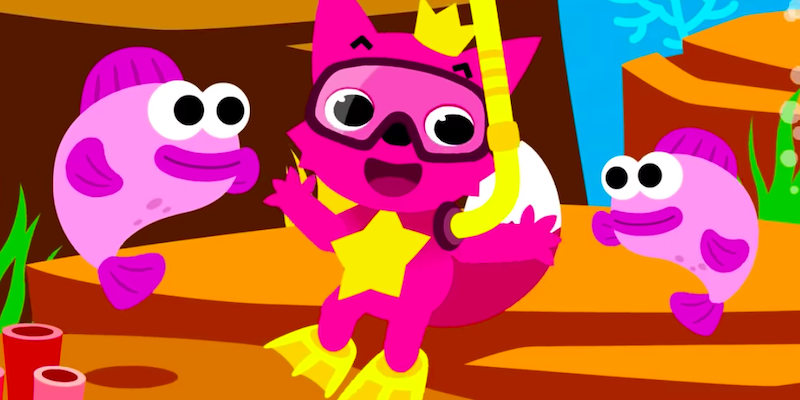 ‘Baby Shark’ hits the Billboard chart at No. 32

“Baby Shark,”—the camp song that was made re-famous in the form of a meme after Pinkfong, a South Korean educational brand, uploaded the song to YouTube in 2016—has made its way to the Billboard Hot 100 chart at No. 32 this week.

Pinkfong isn’t stopping at the Billboard charts—they have even bigger plans for “Baby Shark.” Bin Jeong, the chief executive of Pinkfong USA told the New York Times the company will be creating “Baby Shark” toys, DVDs and other consumer products, including books and diapers.

“We are not planning to settle for Baby Shark hitting the music charts and getting YouTube views, but we are developing Pinkfong and Baby Shark into an entertainment brand that will be enjoyed by generations to come,” she said.

“Baby Shark” was popularized online by YouTubers, who embraced it with a wide variety of Baby Shark” adaptations and takes. Even celebrities like Ellen DeGeneres and James Corden made their own versions of the song.

The meme took on a new life when YouTube nursery rhyme group BillionSurpriseToys went viral for their bizarre take on the song that used the rhythm but changed the words to a nursery rhyme called “Johny Johny Yes Papa.”

The song is sandwiched between the world’s top artists on the chart, such as Ellie Goulding and Khalid. The catchy song has been viewed over 2 billion times on YouTube. If you’re unfamiliar and want it to be stuck in your head for the rest of the day, listen below:

People are both excited and confused as to how the song made it on the chart.

Who tf played baby shark so much, it landed on the billboard hot 100? pic.twitter.com/7jBp14SBXG

And one person is hoping the song climbs to the number one spot.