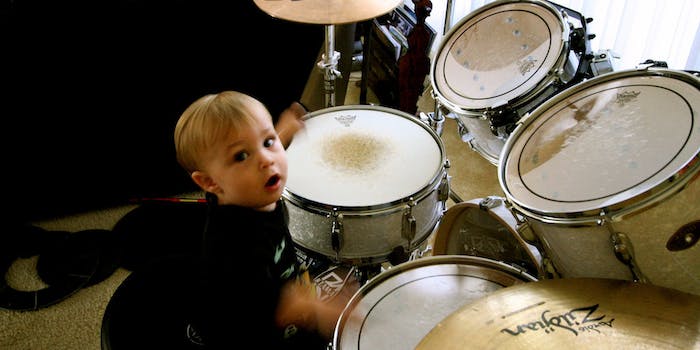 He's already got the music bug.

Wyatt’s ready to rock out.

The 8-month-old may not be quite ready to play his own set of drums, but his parents are plenty willing to help him along. They built him a drum set made of cans and pencils and named the band, rather accurately, “Vulgar Display of Cuteness.” He could’ve played anything, but his parents set him up to play a drum-heavy “5 Minutes Alone” by Pantera.

Wyatt fully manages to live up to his band name, although encouraging this hobby may be something his parents live to regret.