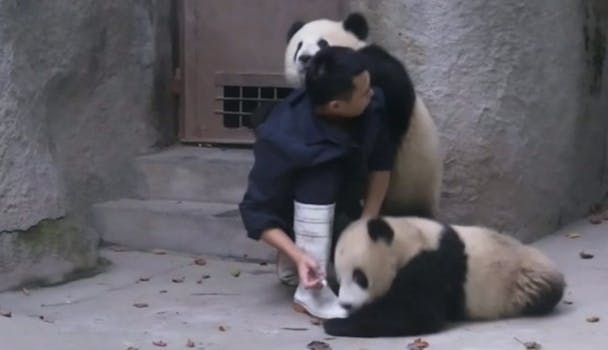 For serious, baby pandas will mess you up something fierce.

Nevertheless, being on an adorable panda’s adorable bad side does have its drawbacks, as a breeder in China‘s Chengdu province learned the hard way when he tried to inject medicine into the mouth of one fussy young panda.

The panda valiently struggled against taking the meds for a while before then another baby panda joined the fight.Yes, it was a two-against-one tag-team grudge match to see whether or not a baby panda would have to experience slight discomfort.

I’m not going to ruin the surprise and tell you who wins (HINT: humans always win—go humans!), but it’s pretty clear that if the WWE fired two-thirds of its professional wrestlers and replaced them with baby pandas we would never miss miss a single episode of Monday Night Aww.