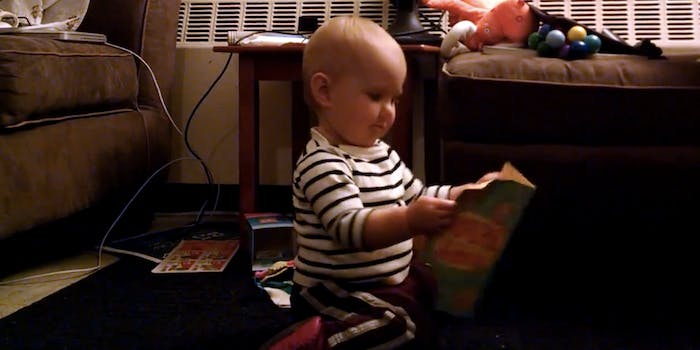 Baby’s love of the ‘The Hampster Dance’ is downright infectious

“The Hampster Dance” has come to a new generation, and they love it.

For her first birthday, someone thoughtful got this baby a card that plays the iconic “Hampster Dance” theme when it’s opened. The baby opens her card and starts having a really great dance party for one—at least until the velocity of her sweet moves flings the card from her hands and it closes.

Undeterred, that baby knows the party came from between those two simple pieces of paper, and in a stunning bit of motor skills and problem solving, opens that card up and takes up exactly where she left off. One redditor did point out that we’re teaching kids to twerk too young, but if you had this baby’s moves, you know you’d be showing them off all over the Internet. Dance on, baby.