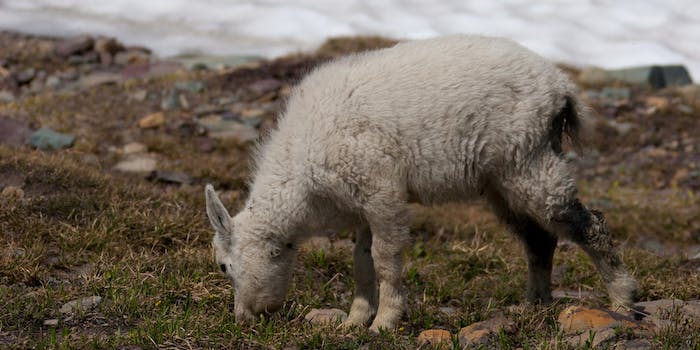 This baby goat has just one answer to every question

Just wait until you get him talking.

He might not sing, but at least the kid can speak.

The baby goat in this video has a rather limited vocabulary, so he’ll eventually end up ramming what little he can say down your throat. Unless he’s trying to turn down or start off another song, talking to him won’t really go anywhere, but that doesn’t make him any less adorable. This is just the start of his vocal repertoire, and he’s got a lot to live up to.

Just wait until he can really get a conversation going. He’d be unbleatable.

Photo via Emily Hildebrand/Flickr (CC BY 2.0)