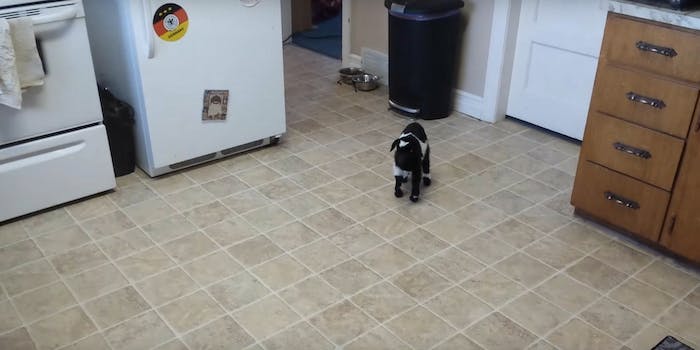 Jumping straight into your heart.

Baby goats are pretty cute enough, but add in a little bit of hopping and they become straight-up adorable.

In a YouTube video from Jennifer Pratzer, a young pygmy goat imitates its owner’s tiny little leaps all around the kitchen. Watch as the lil’ guy carefully tracks her delicate footwork and imitates it in its own floppy goat manner. You’ll giggle in delight.