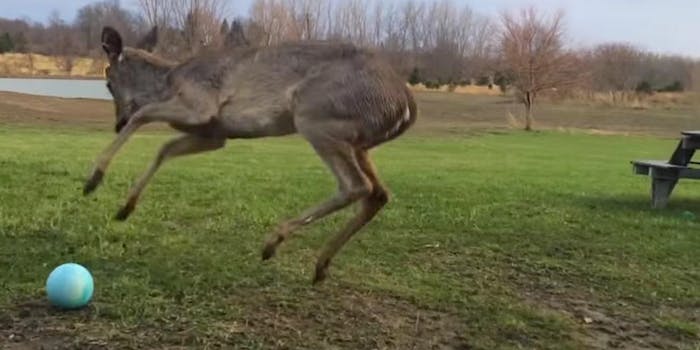 Baby deer is totally freaked out by a ball

Are deer normally this confused?

Dogs are passé.  You throw a ball, they bring it back, and you throw it again. Yawn.

But a baby deer and a ball?  Now we’re talking!

This baby deer can’t seem to decide whether the ball is an enemy, a toy, or its new best friend. It hops around, shakes it head, and generally can’t decide what to make of the situation, despite the encouragement from surrounding humans.

At the end of the video, you can hear a woman referring to the little guy as “Fonzie,” which seems perfect, as it’s the coolest deer we’ve ever seen—and it is technically wearing a leather jacket.